It was with great sadness that I learned tonight that Bob Feller has passed away at the age of 92. He was battling health issues for the last year, most recently being entered into Hospice care due to complications with Leukemia and Pneumonia. 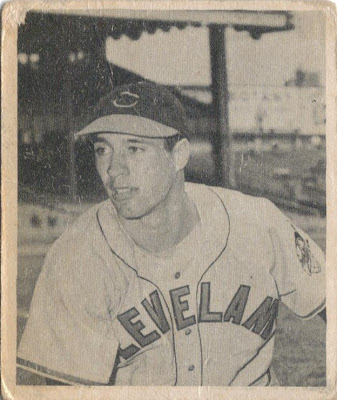 Feller is considered maybe the greatest pitcher of all time. He had a career record of 266-162, ERA of 3.25 and 2,581 strikeouts. He threw 3 no hitters and 12 one hitters in his career and is responsible for the second fastest pitch ever recorded at 107.9 MPH at Griffith Stadium in 1946. 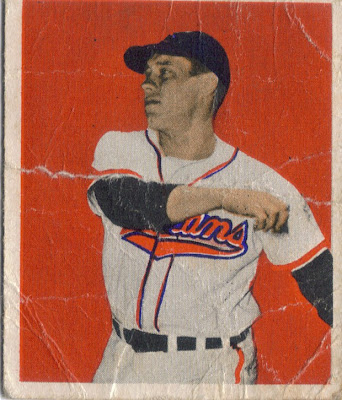 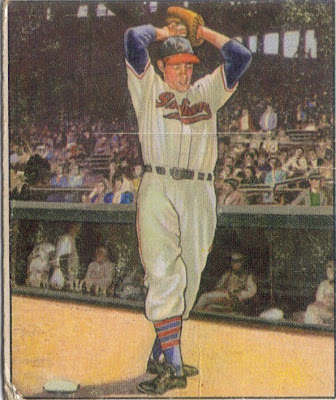 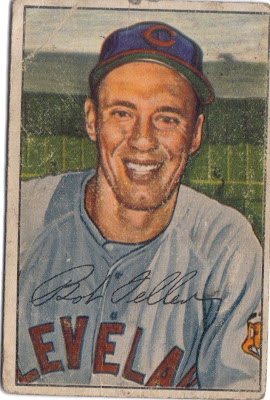 Bob Feller missed the 1942-1944 and most of the 1945 seasons after enlisting in the Navy immediately following the bombing of Pearl Harbor. Imagine what his career numbers might look like had he not had to enlist. He was awarded with 5 campaign ribbons and 8 battle stars. He is the only chief petty officer in the Baseball Hall of Fame. 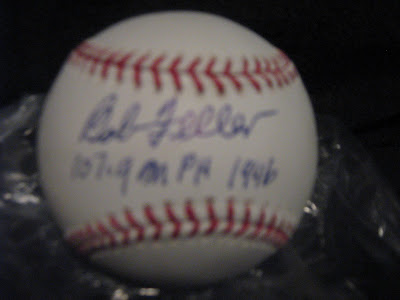 When Pete sent me the message tonight, I was upset. I discovered Feller while branching my collection out to vintage cards last year. I was able to get his auto from the Bob Feller Museum. I'm glad I went through them to get the ball, as my money went to a great place. If anyone is interested, check out www.bobfellermuseum.org , I hope I get a chance to visit there one day. I hope everyone has a chance to take a look at just how great Bob Feller was. He was one of the greatest baseball players of all time and was also one of the greatest Americans of all time. If you aren't familiar with Feller, I highly recommend you do some reading up on him; I'd definitely start by checking out the museum webpage. He definitely will be remembered. He will always be one of my favorite players, even though I never got to see him play. I still appreciate the impact he had on the game, and on my life. He is definitely a sports figure one could look up to. Rest in peace Mr. Feller. I feel like crying, but I know that he wouldn't want people to cry for him, he'd want them to appreciate the full life that he lived.
Posted by William Regenthal at 10:55 PM

Another sad day in baseball.

Really well said. He lived a great life not only for himself, but for the people around him. I'm so fortunate and happy that I was able to get a TTM success from him, and he was a true class act gentleman. RIP Mr. Feller