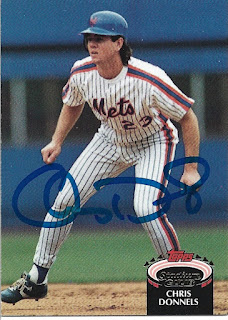 A few of these early 90s cards of Chris Donnels came from a few boxes of cards that my aunt gave me a couple months ago.  I went through them to see if she was sitting on a gold mine (she wasn't). There were some nice ones I could send TTM and add to my album, though. 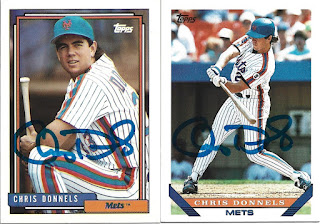 I mailed to Donnels on October 27 and got the cards back on November 7, for an 11-day TAT.

Posted by William Regenthal at 7:49 PM