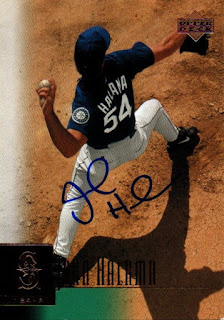 This 2001 Upper Deck of John Halama was one of those cards that I found in a box that I just had to get autographed once I saw it.  It was among a small stack of 2001 Uper Decks that I had found at a show with my good friend, Ryan, earlier this year.  I didn't realize how much I enjoyed the photography of this set.  I was really glad that I added the stack to a bulk deal that I had made at that show. 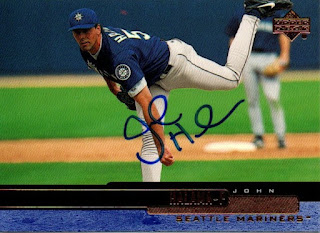 Posted by William Regenthal at 10:47 PM