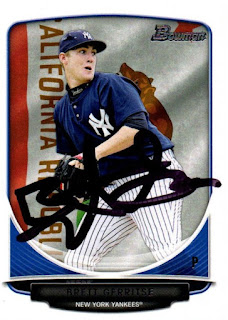 Here are a couple 2013 Bowmans that I got signed TTM from Brett Gerritse. The above card is the 2013 Bowman hometown parallel. These are pretty cool cards that Topps hasn't done in a while. I figure they'll do them again at some point. 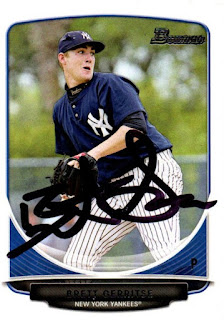 Posted by William Regenthal at 12:58 AM