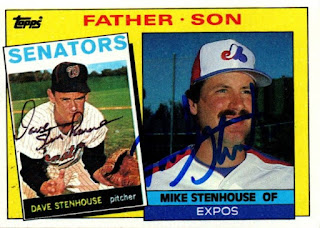 This was a really cool TTM success that got me two autos on one card. Originally, I sent to Mike Stenhouse, and he got his dad, Dave, to complete the 1985 Topps Father-Son card. 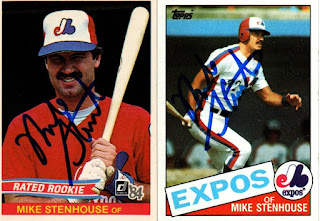 I also got a 1984 Donruss and a 1985 Topps signed by Mike Stenhouse. Both cards turned out nicely.

That is pretty awesome that he got his dad to sign the card as well.