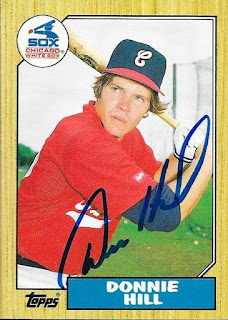 Every time I searched my 1987 box for cards that I needed for private signings and graphing, I would come across this 1987 Topps Traded Donnie Hill.  It was the only Traded card in the whole box, but I kept on seeing it.  When I saw that Hill was doing a private signing, I made sure to go ahead and buy two spots so I could go ahead and get the Traded signed as well.  I am not working on that set at all, but I definitely wanted to get this card done and into my autograph album. 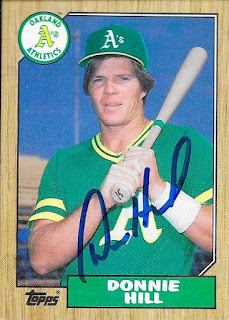 I also got Hill's 87 base done, and was able to cross it off of my list.