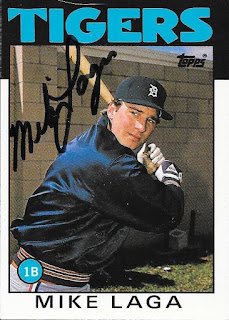 I already had him in my 1987 set, but I saw that Mike Laga was signing TTM finally, so I got one of my own cards signed to take the place of the one I bought a while back at the National.  I also got the above 1986 Topps Traded signed, which turned out well. 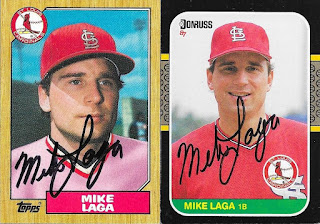 I mailed to Laga on January 28 and got the cards back on February 7, for a 10-day TAT.
Posted by William Regenthal at 5:36 PM