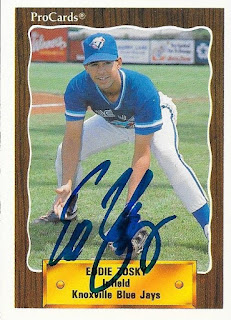 Here is another one of those guys who kind of hung out in my card box for a long time until I finally got around to sending TTM.  I like this 1990 ProCards AAA that was in an old attic box from Mom.