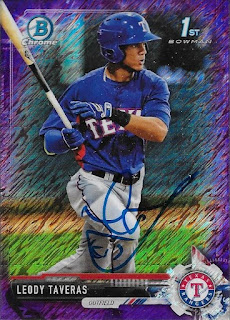 Another Wood Ducks season is under way, and I have gotten off to a great start with my and Chris's graphing.  I knocked out some of the new Leody Taveras cards that I picked up in the offseason.  He is still really tough, but so far, I have been pleased with what I have been able to get signed. 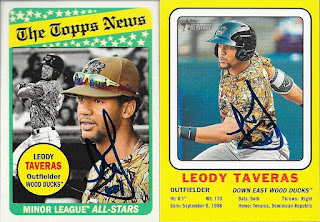 He had quite a bit of stuff in 2018 Heritage Minors, so those cards have been working their way into my graphing book to get signed.  I have expedited my efforts by having folks that I know around me try to get him as well.  I don't think he will be here for very long, so it is a race against the clock to get my stuff done and help some others with their cards.

Noah Bremer has been really cool,  He even commented that he's sure we can't wait to get an action shot to replace the 2017 Bowman Draft portrait. 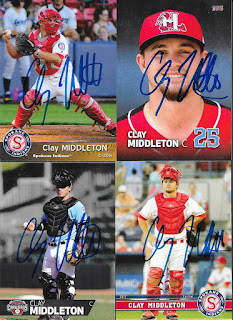 I am learning all of the new faces, and am try to meet the players when I am able.  A few of the new pitchers look alike, so it has been tough getting them.  Clay Middleton also resembles one of them, so I had to get him once I realized it was him (the catcher's gear helped).

Yohel Pozo was in all of the Hickory sets I had recently picked up, so I was glad to get these done. 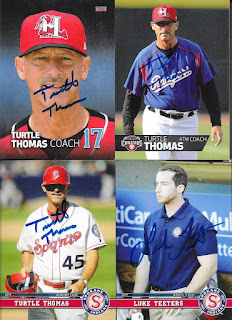 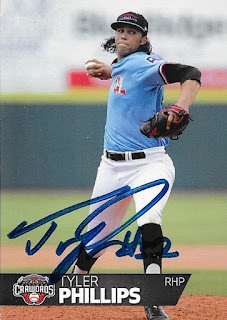 Tyler Phillips is easy to recognize.  He is a pretty big guy with long hair.  He is also really nice.  He started Opening Day. 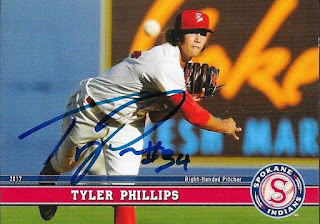 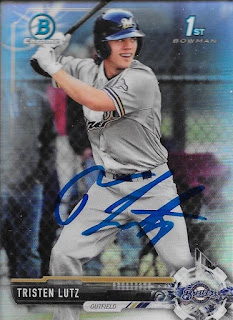 The only Mudcat that I had cards of was Tristen Lutz.  I got everything of him done right away, which was nice.  I'll end up with a Mudcats team set, but that's something I will tackle at a later date. 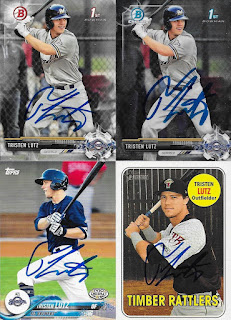 The biggest takeaway was that I now have season tickets for the Wood Ducks.  I can also use tickets for the games that I miss as free vouchers to get folks in to later games.  So, come on down and catch a game with me!
Posted by William Regenthal at 7:29 AM