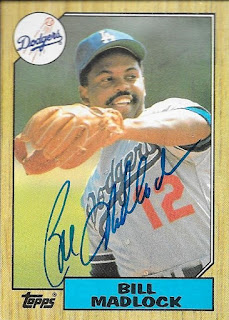 I could have sworn that my friend, Max, had given me a signed 1987 Topps Bill Madlock.  I checked my albums, and there was no Madlock to be seen, so I sent this one off to a private signing.  The card came back, and looks awesome.