Graphing Recap of Lynchburg Hillcats at Down East Wood Ducks 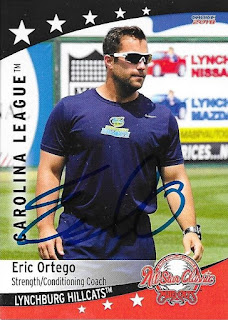 The Lynchburg Hillcats rolled into town a couple weeks ago, and Chris and I got a good many cards signed.  I was glad to get this Eric Ortego card signed, as it was the last one I needed for the 2018 Carolina League All Star set.  I missed Ortego last season when Lynchburg came into town, so I was glad he returned this season, and signed the card for me. 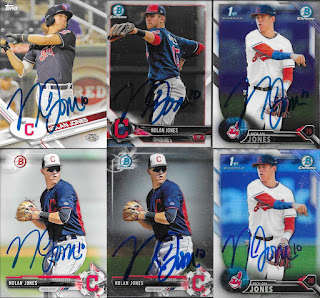 Nolan Jones was super nice.  He came out late the first game, but the next two, he signed all we had.  He had a rough game the second game.  After committing 2 errors in the inning, he was being heckled pretty hard by a local community college team.  Even after the tough game, he came over and cut up with a group of kids after the game.  It showed me that Jones is a good guy, and would be able to handle some of the tough crowds thart he would likely see when he is called up to the majors. 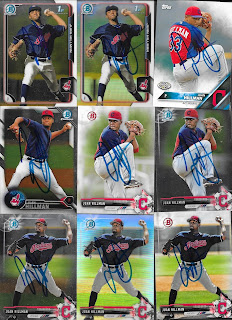 Juan Hillman was also really cool.  He couldn't sign pregame before the first game, but agreed to sign outside afterward.  He signed every single card that we had, and was really cool about it.

I was able to get some old cards out of my Donruss box and have them signed by Jim Pankovits.  I also got a 2013 Perfect Game card signed by Jonathan Teaney. 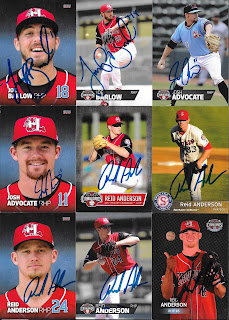 I got more of my Hickory and Spokane team set cards done.  I've almost finished what I can of the guys who are with the Wood Ducks this season. 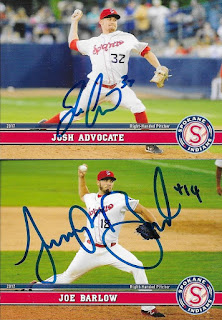 The pitchers have been the toughest.  Since I don't see them all face to face each time, it is hard to recognize them sometimes.  They also don't always come by where we sit, so you have to be patient. 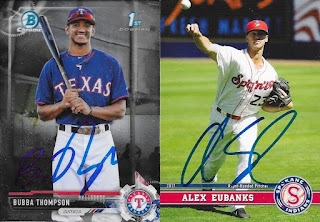 The Woodies have been playing really well lately, and I'm exciting to be getting back to my season ticket seats this weekend.
Posted by William Regenthal at 10:20 AM