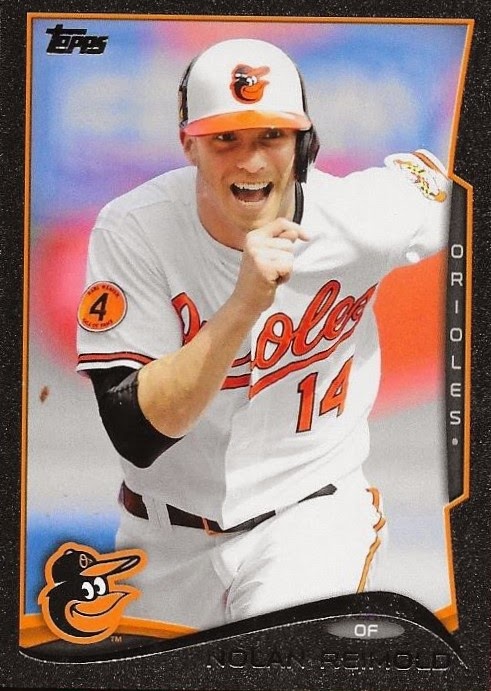 Unsurprisingly, the Orioles have chosen to designate Nolan Reimold for assignment today.  The Orioles have 10 days to trade, release or pass Reimold through waivers.  Nolan has been recovering from a second spinal fusion surgery, after the first attempt failed.  Nolan has been healthy and playing well on his rehab assignment, posting a .315 batting average for AA Bowie.

You all know the Nolan is one of my favorite players ever and a friend of the blog.  I believe the Orioles are making a huge mistake (not the first time they have made mistakes with Reimold).  I'm really upset with the whole thing.  It's a shame that the Orioles are being held hostage to the crap that they need David Lough's left-handed bat on the team (even though he is batting .191).  Nolan could outhit Lough any day of the week.  So what he bats left handed (Lough), if he isn't hitting the ball, it doesn't matter.

This is probably a blessing in disguise for Nolan, though.  He can (and will) be claimed by another team that has to place him on their 25-man roster.  Once he is claimed, he can play every day and prove he is healthy and parlay that into a better contract for next season.  I, for one, believe in Nolan and I think eventually, the joke will be on the Orioles.

I'll miss Nolan on the Orioles (if he is claimed), but I'll always be a fan.  Even if he becomes a Yankee or Red Sox.

Best of luck to you, Nolan.  You've always been a class act and it's a shame that you got hurt playing the game the right way.  You always hustled and were a great player that the fans could stand behind and respect.
Posted by William Regenthal at 7:00 PM