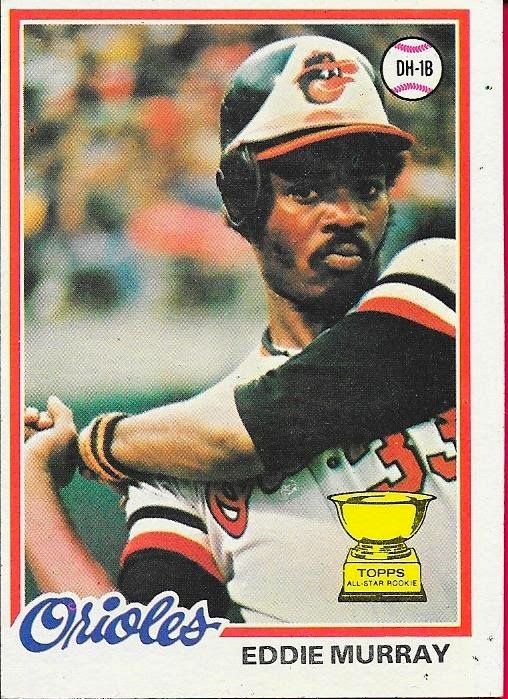 I completed a mega trade on Instagram the other day when I was sent a message by a guy named Bruce who was really interested in some of my Cardinals hits from 2014 Topps.  I sent Bruce a good many relic, auto and manufactured relic in exchange for a huge stack of Orioles cards.  He had sent me a few pictures of cards to kickstart our deal but assured me that any "throw ins" he would send "would not be base cards."  He wasn't kidding.  One of the keys that hammered the deal home for me was the above 1978 Topps Eddie Murray RC.  I already had one Murray in my 1978 set, but I wanted another for my Murray PC.  This one is in decent shape and is slightly off center.  I'm really happy with it, though, so that's all that matters. 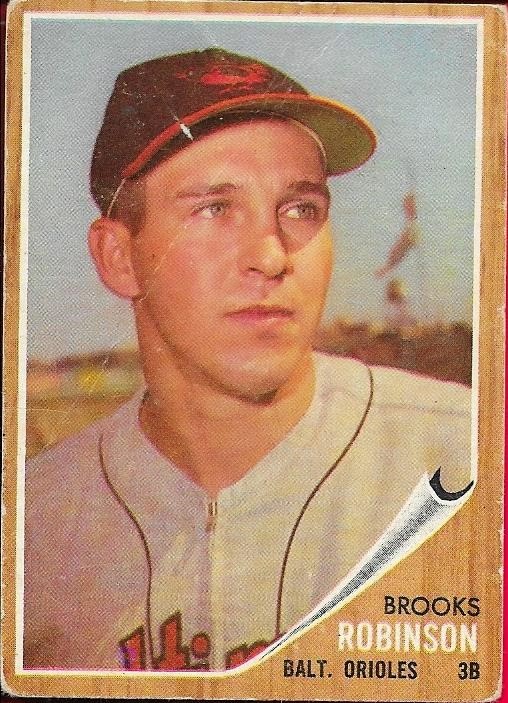 Another card I saw in the group picture Bruce sent that was intriguing was this 1962 Topps Brooks Robinson.  I already had one in my Brooks PC that was in much better shape, but when I saw it in the photo, I knew I'd be making a mistake if I let one included in a deal pass me by.  I believe that you can't have enough vintage Brooks cards, so getting this one in the deal worked for me. 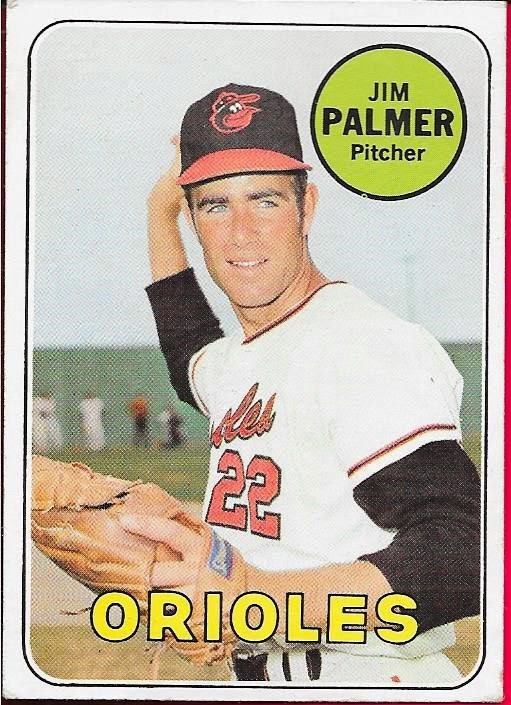 This 1969 Jim Palmer came as a surprise to me.  An even bigger surprise was that I didn't yet have it in my 1969 set, so Bruce actually helped knock off a much needed card from my needs list.  I'm pretty sure he wasn't aware of that, either. 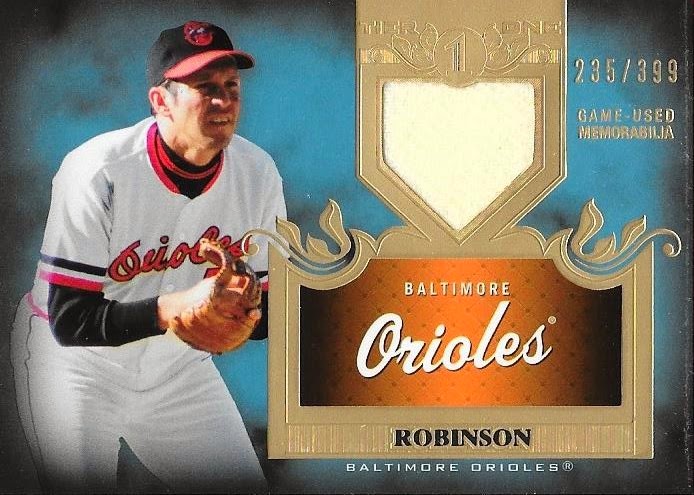 The card that Bruce used to get my attention was this 2012 Topps Tier One Brooks Robinson relic.  I already had one, but this is another card that I wasn't just going to let pass me by, so I figured that I would listen to his proposal.  I'm glad I did! 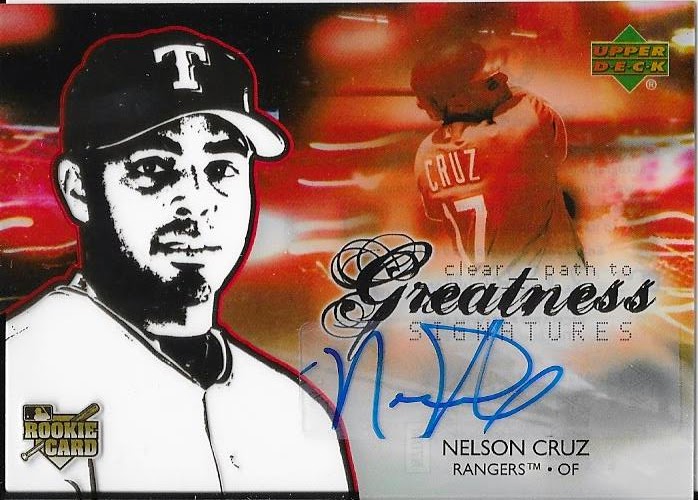 One of the 'extras' that Bruce threw in was this 2006 UD Future Stars Nelson Cruz autograph. The card is a clear acetate card, which looks really awesome in person. 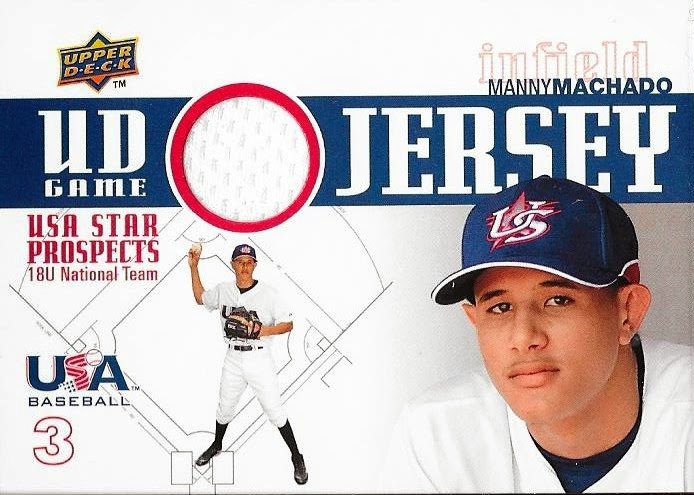 I am so glad that Bruce included this Manny Machado UD Team USA relic.  I have had so many people on Instagram tag me on these cards and they have wanted an arm and three legs for it. Thankfully, Bruce included it in the deal and I don't have to overpay for it with other folks. 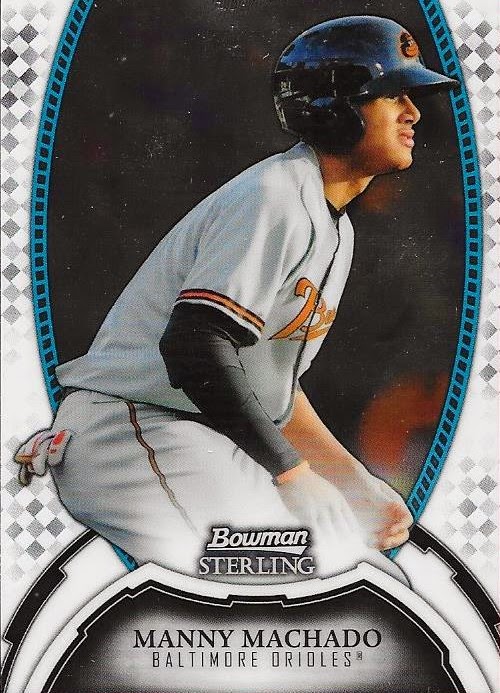 Finally, among the throw ins, Bruce added this Machado from 2011 Bowman Sterling.  These cards look really nice and I wonder why I haven't seen more of them.

There were so many more cards that I didn't have the time to scan, but believe me, there was so much good stuff in there.

I messaged Bruce after I opened the package and saw all of the awesome throw ins because I really felt like I didn't deserve all of the extras he sent.  His response was: "..I knew you were one of the good guys on here, and I figured you should be rewarded."

He has no idea how much that meant to me.  I really appreciate the deal, Bruce.  I know we are going to do some more trading really soon.
Posted by William Regenthal at 6:21 PM