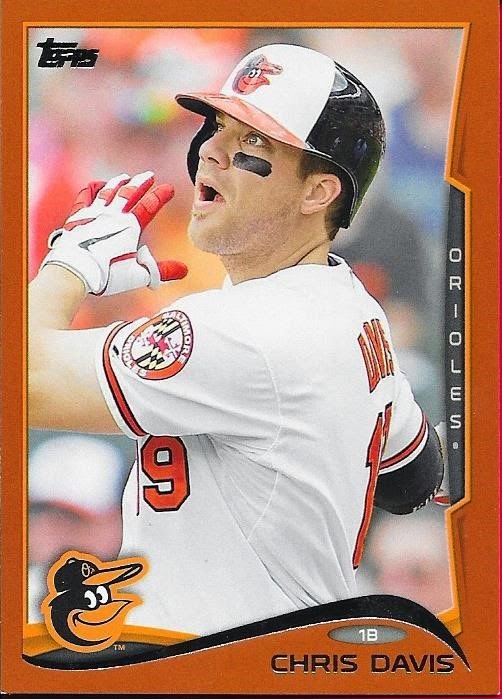 He is having a rough year, likely a result of the oblique injury suffered early this season compounded by defensive shifts, but I am still a fan of Chris Davis.  I picked up this orange parallel of Davis from Ebay for just over $10.  His first half performance hasn't changed the pricing on his cards, yet.

I think Davis will be ok.  Many guys who busted out for big home run seasons came down to earth the next season and rebounded to have great careers.  Folks screaming he was on 'roids need to get over themselves and remember that Davis hasn't been popped with a suspension and has asked for additonal testing.  Slamming him when you don't know the facts about him is just plain irresponsible.

Anyway, I really like these orange parallels and hope to get the rainbow of his cards, but we all know that is going to be a tough task.
Posted by William Regenthal at 11:37 AM