Card Shop Pickups While I Was In Charlotte 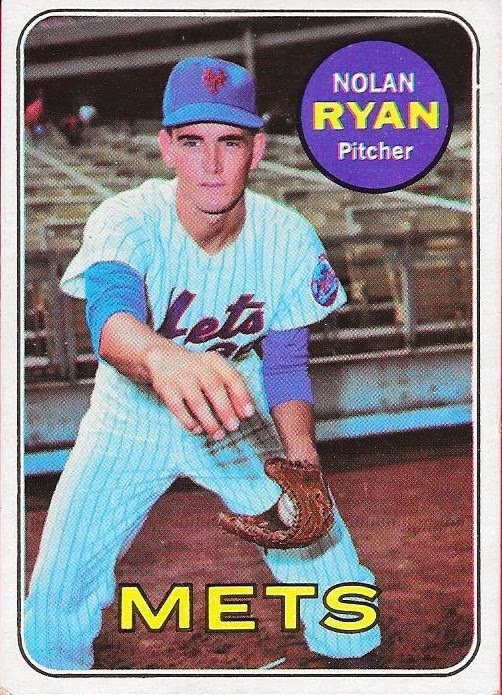 I had to spend a few days at the end of this week at my company's corporate office in Charlotte for the open house of the new office building and our annual OSHA refresher course, among other things.  The new location of the office is a straight shot to the card shop in Matthews, NC, which I try to get to every time I'm in town.

Yesterday, I was able to make it by the shop and pick up a few supplies for some friends as well as some set needs for myself.  The highlight of which is the above 1969 Topps Nolan Ryan.  This card is his second year card and a tough one to pick up.  I had narrowly lost too many to count, so when I saw that they had one at the shop for a decent price, I had to grab it.

Something I had completely forgotten was that this card was on my Top 10 Wishlist.  With this acquisition, I now have knocked out half of the cards on the list and still have a little less than half the year to go.  I also have already met one of my goals that I set forth at the beginning of the year; to have half of the cards knocked out. 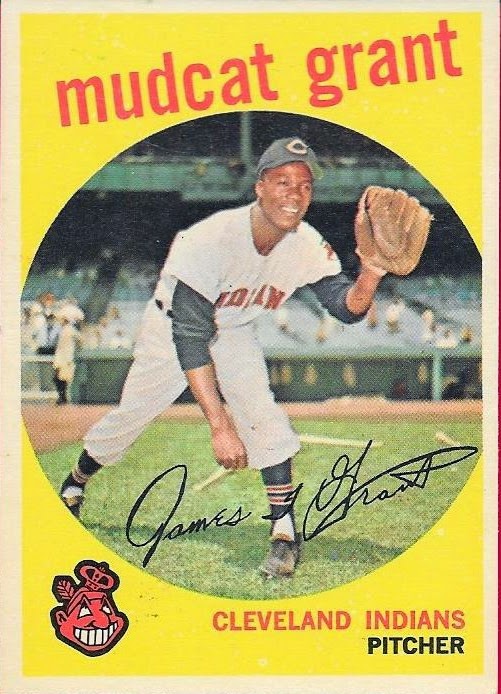 I made great strides on my 1959 Topps set by picking up 31 cards that I needed for my set.  I now need 130 cards to complete the set.  Those high number All Stars are really kicking my butt, but they can be had.  I foresee the Mantle being added to next year's Top 10 Wishlist, if I don't find a deal on it in the meantime. 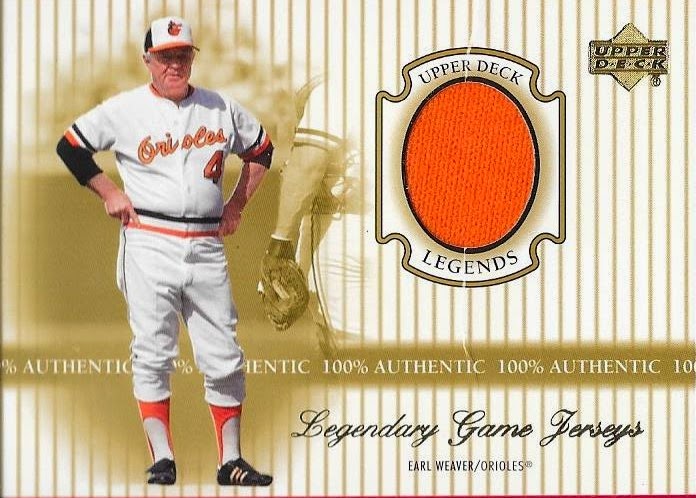 In the bargain bin at the shop, I got this Earl Weaver relic card.  It has some damage around the relic, which I didn't see initially, but for $2, I wasn't going to complain. 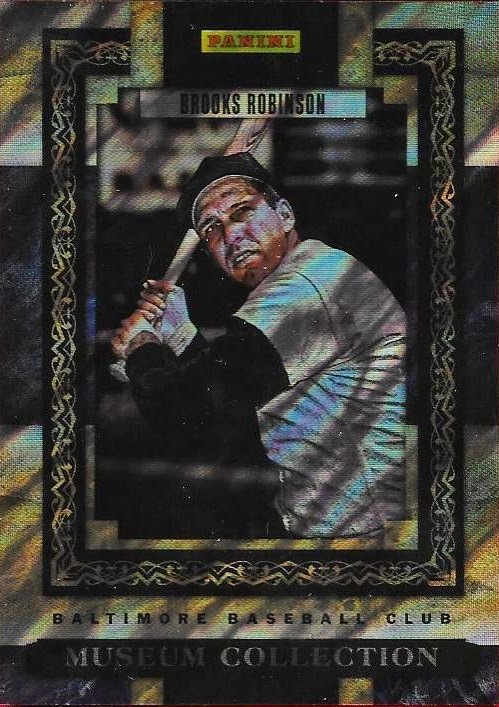 I got this lava parallel Brooks Robinson Panini Museum Collection for $3, which I thought was fair.  I had laid my notebook down on the counter to mark off some cards, and saw this, so I had to have it.

I'm really happy with my pickups, and I had a great weekend.  I know I've dropped quite a bit recently on cards, but I really hope to have the 1959 set wrapped up soon so I can concentrate on other sets.  We'll see if I can move it along, but at this pace, I feel like I'm doing pretty well.
Posted by William Regenthal at 2:04 PM