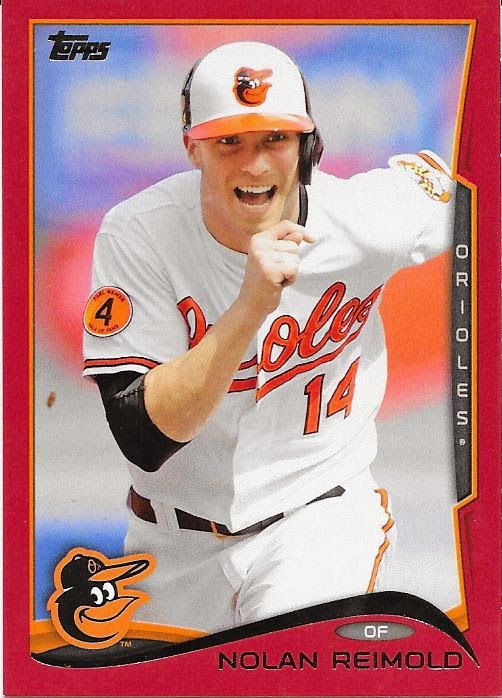 I saw the above 2014 Topps Nolan Reimold parallel on an Instagram page right after Series 2 came out.  I messaged the guy telling him that I wanted it and we got to chatting.  After several weeks of chatting, the guy, Sean, and I became pretty good friends.  At least as good as you can anonymously over the internet and apps and what not.  Sean is a really good guy and a Cubs collector.  He originally wanted a few Jake Arrieta rookie cards (which I have plenty of) in exchange for the Reimold.  After one of our conversations where Sean lamented that he didn't have a whole lot of good Cubs vintage cards, namely Ernie Banks and Billy Williams, I took to Ebay to see if I could lend a hand.

I found Sean, for the price (shipped) of $10.50, a 1961 Topps Billy Williams RC.  Sean gave up on the Arrieta rookies and gave me the red Reimold and the below Joe Morgan rookie cup manufactured patch. 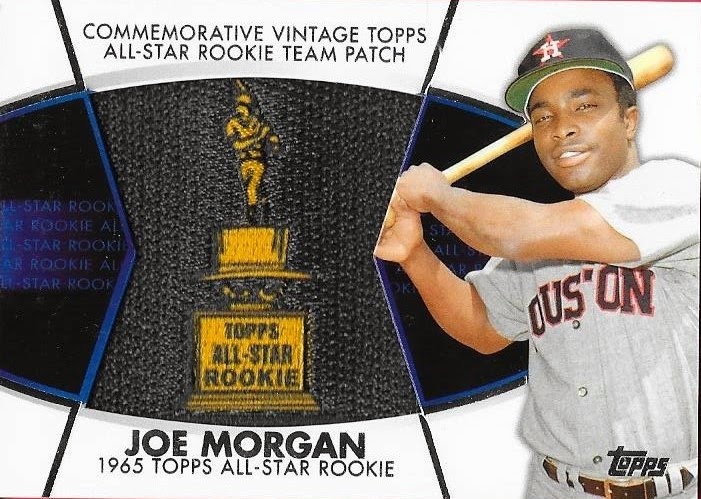 This patch card is really cool and will look nice in my growing Morgan PC.  I have already helped Sean with a few more things for his collection and I hope that we can keep some trades coming in.

It's tough finding good Cubs to send him, since my good friend, Kalib, is also a Cubs guy, but I think there is a little bit of room for more Cubs guys.  A lot easier than Yankees guys, that's for sure.

Thanks for the trade, Sean!  I hope you like the next batch of stuff headed your way!
Posted by William Regenthal at 7:57 PM