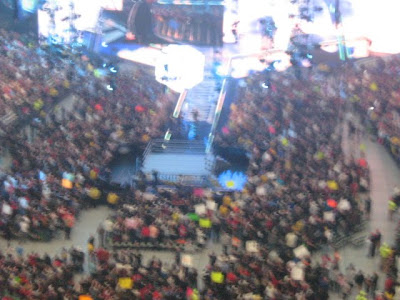 The pictures don't begin to do it justice, but we had a blast at Wrestlemania 27, in Atlanta. The place was packed (71, 617 people), and the show was great. 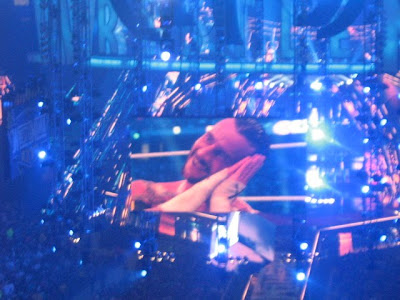 I took pictures of what was on the video screens instead of the actual ring because it was so far away. I think it ended up working out. Here you can see CM Punk taunting Randy Orton. Punk would end up losing, though, but it was a decent match. 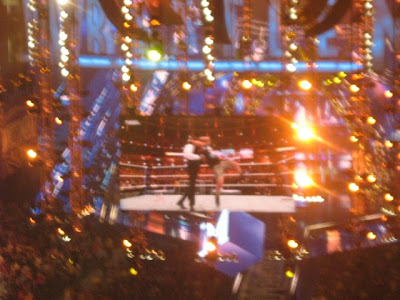 It never gets old seeing Stone Cold give someone the Stunner. Here, you can see him delivering one to Booker T. 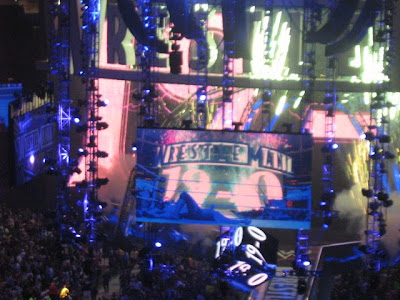 After a grueling match against my favorite wrestler, HHH, Undertaker raised his Wrestlemania record to 19-0. 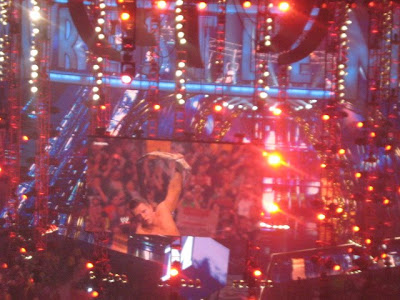 Finally, the Miz won the main event over John Cena. I can't stand Cena, so I was happy to see him lose.

I'd write more, but we are exhausted. We had a great time, though, and the most important thing is that my son, Christopher, had a blast. He really had a great time and thanked me several times for bringing him... That made the whole trip worthwhile.
Posted by William Regenthal at 12:43 AM