Here it is. The final card of the 1955 Topps set. What a way to close it out, though, with the Silver Fox, Duke Snider. 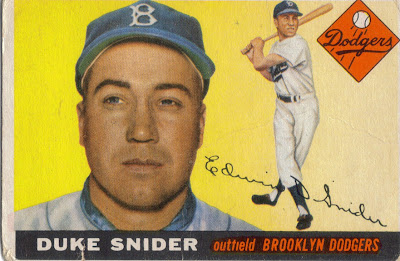 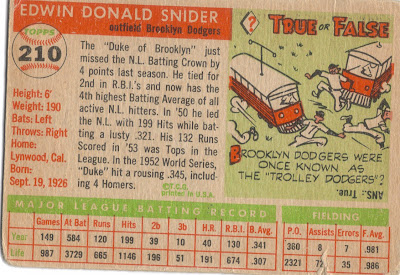 Sadly, Snider passed away this February after having been in declining health for some time. When healthy, Snider was one of the more prolific TTM signers. Not knowing that he was in such poor health, I attempted to have a baseball signed by him TTM in January. I got a RTS and bought a signed ball of his the next day at a card show. I'm glad I have it because Snider is truly a legend of baseball.