A Few Cards From My Brother

I got a box of Oriole cards from my brother John a couple weeks ago. He's the one who gave me my first Cal Ripken cards 20+ years ago. Here are a couple from the box. 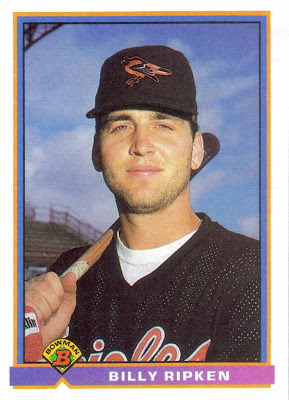 This is a 1991 Bowman Bill Ripken. Bill has really come on strong as far as coaching; he was a coach for Team USA. Rumor has it that he is a strong candidate to be named to the Orioles coaching staff for next season. We'll see if that pans out, because Bill is tied into he and Cal's business ventures (most notably, Ripken Baseball which owns a couple minor league teams). 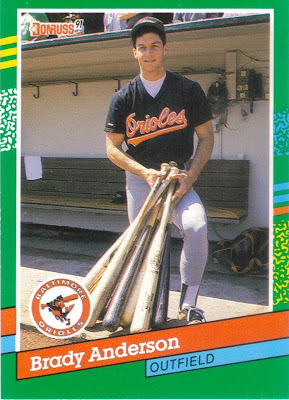 BRADY!!!!! A 1991 Donruss Brady Anderson. Brady currently works some games for MASN as a color commentator, but he is another candidate to be tapped for the Orioles' coaching staff. I'm hoping he gets a gig on one of the minor league teams... You know I'll be going to those games, for sure, if he does!!! I really REALLY want an Anderson ball. Maybe a bat too. Yeah, no maybes. I WANT an Anderson bat. 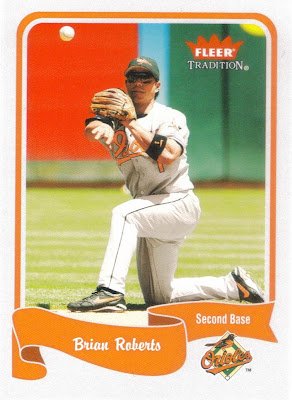 Finally, a Brian Roberts. I already had this one, but it's still a good looking card. Another sharp offering from Fleer. Once again, I'm a little sad that they're gone.
It is really nice that my brother has been able to straighten himself out and get back into cards full on. I'm hoping he stays in it and tries to get a collection together that can rival mine.
Posted by William Regenthal at 7:07 PM