Cards From Play at the Plate

I got a package the other day from Brian over at Play at the Plate. He's working on getting a patch card from me. I think he's well on his way. 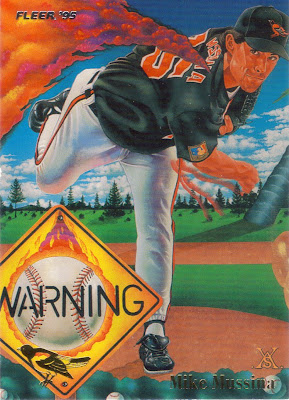 Here's a pretty sweet Mike Mussina. I liked the mid 90s Fleer offerings. Its too bad that Fleer flooded the market and spread themselves too thin. Upper Deck also really blew it when they tried to re-do Fleer. Another of UDs epic failures of the past few years. 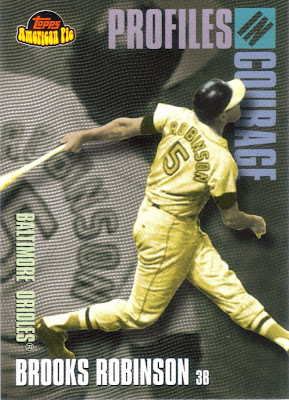 Hey everyone, a Brooks card I didn't have! Wooo. Pretty sweet card. I don't have a whole lot of Topps' American Pie stuff. It never really appealed to me, but this card looks good. 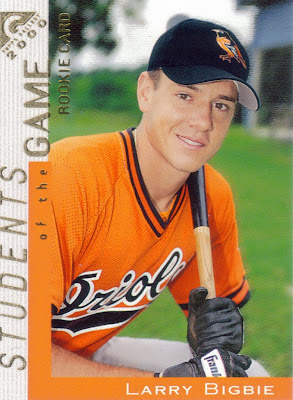 Ahh, Larry Bigbie. I went to 2 Orioles games in 2005 and watched Bigbie jack homeruns in each game. He (last time I heard) is playing in Japan because of the Mitchell Report. It really is a shame, because I liked Bigbie. I still do, actually. I'm not sure that I blame him. He was a young kid trying to make it to the majors. He roomed at David Segui's house while a rookie, and I'm sure he was introduced to bad habits at the time. 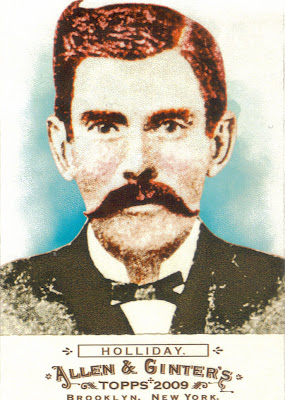 I also got some more 2009 Allen & Ginter that I needed for my set. I only need 3 more, woo hoo!!
Thanks Brian! I really appreciate it!
Posted by William Regenthal at 8:27 PM