Today, my childhood icon turns 50. Wow. That is hard to believe. If he was Jamie Moyer, he'd still be playing. He has been retired almost 10 years. Makes me feel really old. 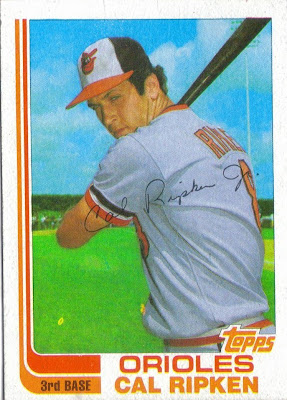 15 years ago, Cal broke Lou Gehrig's consecutive games streak. I was 14, getting ready to turn 15. I remember sitting on my brother's bean bag in the room we shared, watching the game. I, wearing my black Ripken jersey (which I still own) jumped up and cheered when he hit his home run in the game and I teared up when they dropped the number on the warehouse sigifying that Ripken had, indeed, broken the record.

Now, Cal is 50. All signs point to Cal becoming a part of the Oriole's front office sooner than later. I hope he makes an impact, but I know it will definitely take some time.

So, I tip my cap to one of the greatest players the game has ever seen and wish him a happy birthday.
Posted by William Regenthal at 7:17 PM