In a surprise to no one, Orioles' manager Buck Showalter was named as one of three finalists for the AL Manager of the Year Award. 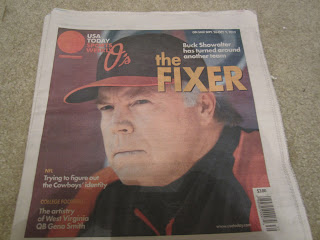 The other finalists for the award that will be given out next Tuesday are Bob melvin of the Oakland A's and Robin Ventura of the Chicago White Sox.  I anticipate Showalter bringing the award back to Baltimore for the first time since Davey Johnson won it in 1997.  If Buck wins, it will be the third time he has won the award, winning in 1994 with the Yankees and 2004 with the Rangers.
Posted by William Regenthal at 7:00 PM