In what has been an unbelievable season, I have finally been able to experience what a pennant race feels like at Camden Yards.  I went to last night's game with Ryan from 'O No Another Orioles Blog' to catch the Brooks Robinson statue unveiling (which I will post later). 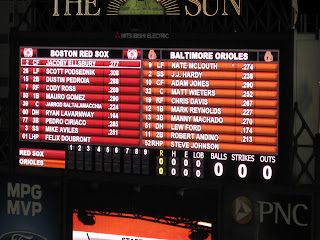 People were still filing into the stadium as the game started at 7:15PM.  You can see the crowd on Eutaw Street.  We tried to look around in the team store down there, but you had to grease yourself up just to squeeze in there.  It wasn't worth dealing with that mess to pay $30 for a Dylan Bundy T-Shirt.  I didn't buy anything except for a game program as we walked into the stadium (I also got a free Brooks Robinson statue; which, like I said, will be posted later on). 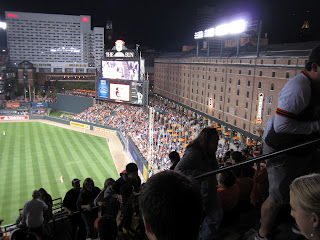 Check out these crowd shots.  The place was jumping as the game went on.  It gave me goosebumps to hear the whole crowd screaming for the Orioles.  There were a few Red Sox fans there, but they were well outnumbered, for once. 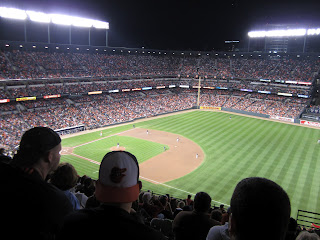 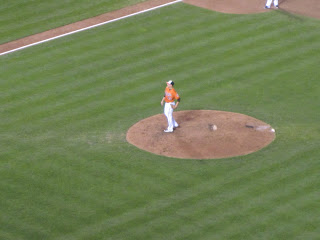 Here is a shot of Jim Johnson closing out the game for his 49th save of the season. 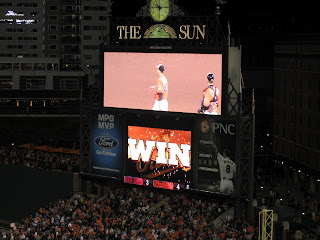 The Orioles won the game with a score of 5-4, reducing their magic number to 2. 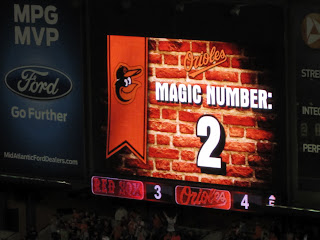 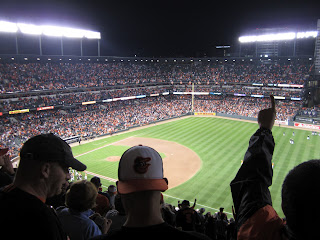 The crowd went nuts after the final out was recorded.  I was screaming pretty loud, and so was Chris.  At the game, it was me, Chris, my wife, Ryan and his wife.  We all had a really good time.  I hope I can experience more games like this in the future. 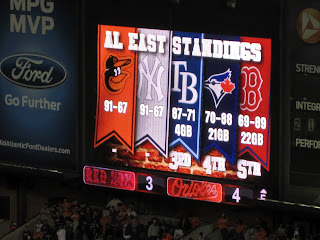 Oh yeah, with the win, the Orioles pulled into a tie for first place with the Yankees, with 4 games left to play.  Who would have thought, at the beginning of the season, that the Orioles would be in this position.

Posted by William Regenthal at 2:46 PM

sounds like a good time in baltimore. i've had the pleasure of seeing my team (the dodgers) clinch a postseason berth in person. unfortunately, it was in san diego so it was a little less exciting, even though most of the fans there were dodger fans.