I enjoyed the ballpark and city so much when I visited last year, I decided to make a return trip to Pittsburgh, PA to catch a Pirates game as they cling to postseason hopes this year. 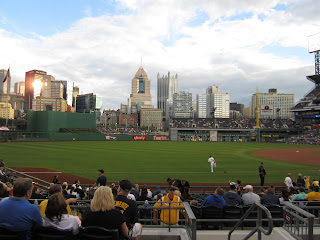 They hosted the Cubs in what should have been a better outcome for the Pirates, but they ended up losing the game 4-3. 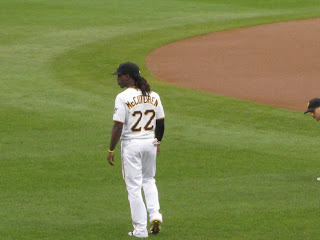 We got to the ballpark just before the game started, so we didn't even try too hard to get autographs, although it would have been nice to get Andrew McCutchen.  Oh well, maybe next time. 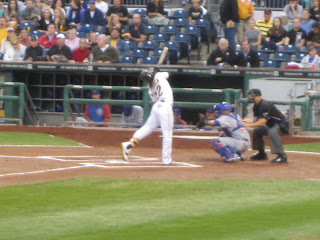 Here is a really good shot that I took of Cutch getting beaned in the first inning.  He didn't have a good game, as you can tell.  The picture below is one of McCutchen popping out.  He ended up going 0 for 3 with a run. 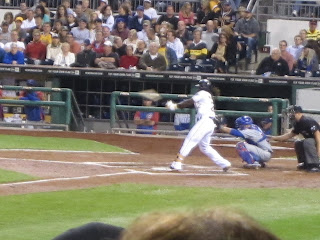 I went to the game with my son, my wife, a friend I used to work with and his wife.  We had a really good time, although I was admittedly distracted toward the end of the game as I was scoreboard watching to see if the Orioles beat the Yankees.  They did, so, in all, I had a really good night. 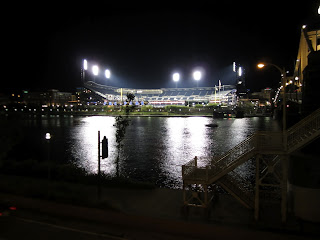 I leave you all with this really nice night shot of PNC Park that I took as we were leaving.  I thought I did pretty well on this.
Posted by William Regenthal at 12:26 AM