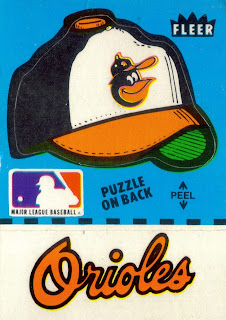 The Orioles continue to impress as they just took a 3-game series against the rival Yankees with an 8-3 win today at the Stadium.  It is always nice to beat the Yankees, but this year, it rings more important as the Orioles continue to hang in and battle for a spot in the playoffs for the first time since 1997.

Still, the hot topic on XM this week was the lack of fan attendance at Oriole Park this past week for the series against the White Sox.  The White Sox have never been a huge draw in Baltimore, school started Monday and a ton of roads in downtown Baltimore are closed for tomorrow's Grand Prix of Baltimore, causing horrendous traffic.  I believe that is why people were staying away from the ballpark, but I could be wrong.  Trust me, you'll see a bunch of seats filled later this week as the Yankees and Rays come into town for big AL East series and there will hopefully be more Oriole orange than in years past.

I'm ok with the national media not taking the Orioles seriously.  They weren't supposed to be in this position this season, but here they are, 2 games out of first in the AL East and holding onto a wild card spot.  On pace for their first winning record since 1997.  Come on guys, you can do it!  I believe!
Posted by William Regenthal at 4:49 PM

They're having a remarkable, logic-defying season. Reminds me a little of the Why Not O's of '89. I loved that team. And still do.

I was a huge Birds fan growing up until Tampa, my hometown, was awarded the Rays in '98.

If the Rays can't win it, I'll be pulling for the Birds.