I moved to Greenville, NC from Charlotte in 2009 and finally made it to my first ECU game this weekend.  My friend's wife works for ECU and was able to score us some tickets for yesterday's game against UCF.  ECU is always pretty good when it comes to college football, plus this was my first game since my brother graduated from Wofford (the 2004-2005 season).  It turns out, the wide receiver for ECU went to my former high school and his older brother played with my brother, so there was a little bit of a connection there.

So, here are some pictures from the game.  We even tailgated before the game, which was awesome.  My friend made some grilled sausage and peppers (marinated in beer). 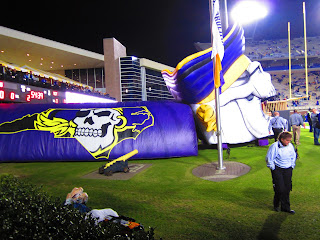 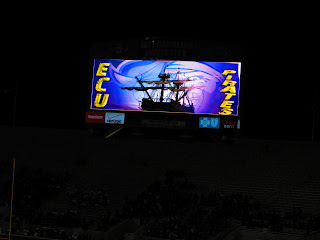 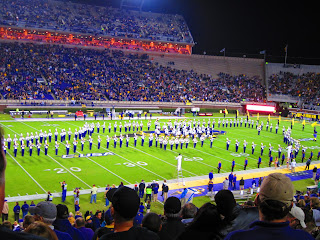 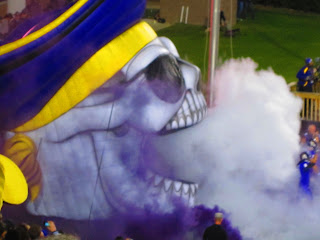 The Pirates of ECU came out onto the field to the tune of Purple Haze by Jimi Hendrix, which was really awesome. 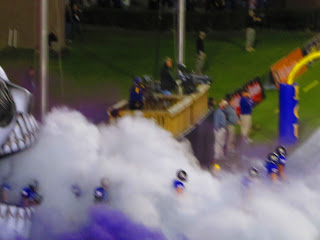 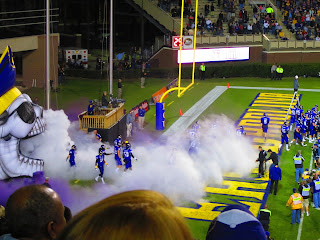 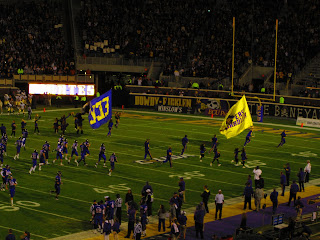 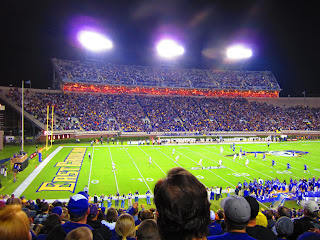 In a nail-biting, back and forth game, ECU pulled it out with a 38-31 final score.  We left just before the end because Chris needed to get to bed.  We had a blast and I definitely want to go to more.
Posted by William Regenthal at 2:14 PM