What I Did This Weekend

I took this weekend off from the card shop so I could witness history.... 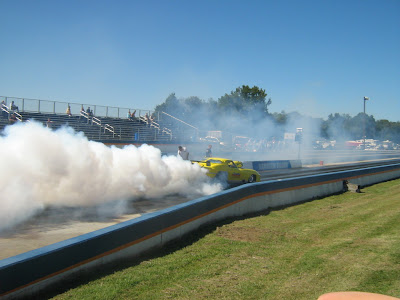 After wrecking his car on November 1, 2008, it looked like my dad was going to sell off everything and retire from drag racing. 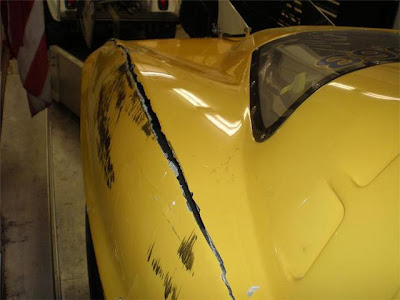 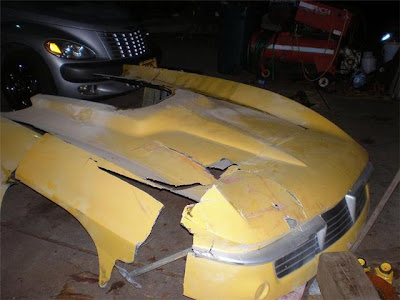 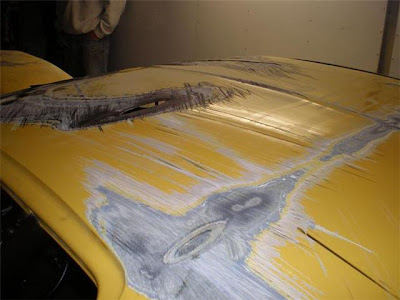 His Pro Modified 1963 Corvette had tagged the guardrail, flipped and caught on fire. His HANS device (neck protection) caused him to be caught in the car while it burned. He got out ok, was shaken up a bit, but hadn't felt right about the car since.
He attempted to race again in April 2009 and got as far as making the burnout, but shut the car down when fluid was leaking from the engine. Possibly the same thing that caused his car to get out of shape when it wrecked.
He shelved the car for almost a year and a half, and indicated that he was going to sell it and retire from professional drag racing. 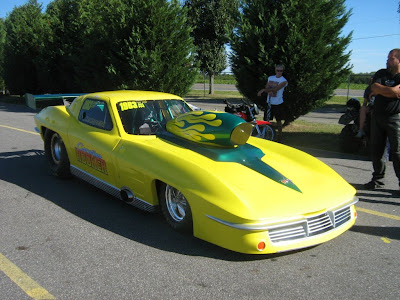 I suppose the 'bug' kind of crept into Dad's psyche recently as he indicated about a month ago that he was going to run at Farmington Dragway, but plans were foiled when the guys who had volunteered to crew for him backed out at the last minute. Dad rode to the track that weekend anyway and saw how packed it was and wanted to get back behind the wheel even more than before. He lined up more dependable help and set his sights on September 4th.
Max and I decided that we would check out the race, as Max had never been. I hadn't been to a race since September 2008, so it had been a long tim for me, especially since I grew up at the race track. 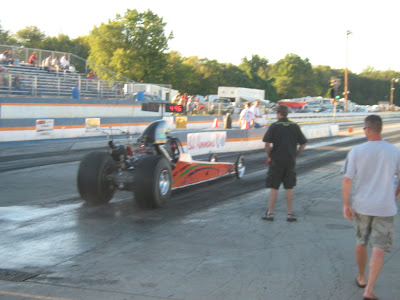 We also had the opportunity of watching my older brother Kenny race his dragster. He won co-rookie of the year for Farmington Dragway last year. He was in a three-way tie for 7th overall in the series points standings this year before the race started. Kenny ended up losing in the third round of competition, but his car was fast all night long. 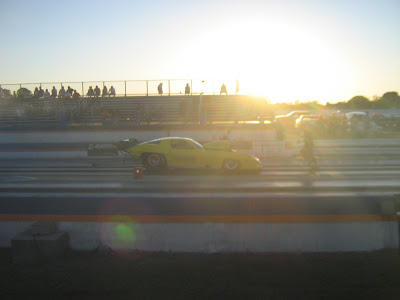 Dad was allotted 3 qualifying passes and improved each time. Sadly, there weren't a whole lot of cars there for Dad's class, but it was still a competitive bunch. He ran 4.23 seconds, 4.20 seconds then 4.19 seconds in the first through third runs respectively. Not too bad for not having run in 2 years. 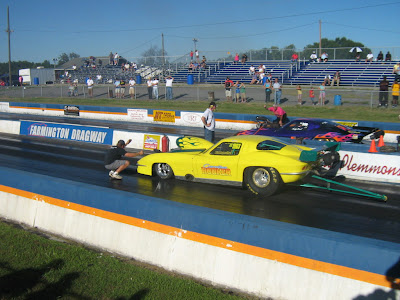 Finally, in the first round of eliminations (only three cars made the final eliminations due to others having to back out with mechanical failures), Dad lost while running 4.14 seconds to his opponent's 4.10 seconds. It was a very competitive race, and was definitely worth watching. 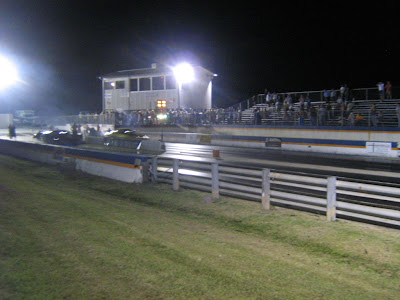 After a 2-year layoff, with a 12-year old race car (normal shelf life for one of these cars is 2-3 years), an 8-year old engine (normal shelf life for one of these engines is 1 year), the engine is approximately 70 cubic inches smaller than most competitive engines out there for this type of racing, and a 56-year old driver who definitely had to have a little bit of nervousness, it was a very successful Saturday at the drag strip. I am very happy to say that after the race, Dad said that he WAS back and was planning on updating some aspects of his car (not buying a new one, though because the one he has is still good) to be more competitive in the future.
Posted by William Regenthal at 5:45 PM

I seriously had a matchbox car that looked just like that only blue.

Your family has expensive hobbies...

Glad you guys enjoyed. Adam, drag racing in only one of his MANY hobbies....