When I got home from my trip to Pittsburgh, I was happy to find in my mailbox, several mailers containing more of my latest order from Sportlots. 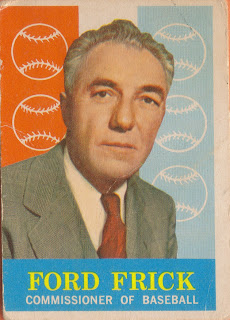 I knocked off 3 more 1959 Topps, beginning with card number 1, Ford Frick.  I wonder how pleased some collectors would be if they opened a pack of cards and one of the cards inside was of Bud Selig.  That being said, however, Frick is a Hall of Famer, and the namesake of the broadcasting award for the Hall of Fame, so he, clearly, is deserving of the card. 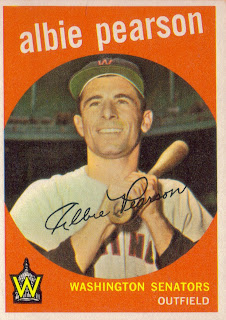 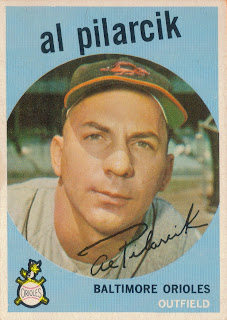 
This will be it as far as me buying single cards for a while (apart from the ones that I have yet to blog) since my birthday is next Friday (the 14th).  My want list is up to date, so maybe someone (Mom, cough cough) will want to use it to help them out, haha.
Posted by William Regenthal at 10:47 PM

This is totally random, but the first thought that popped into my mind when I saw your Frick card was the movie, 12 Angry Men.

Glad to see you're three steps closer to your goal. Happy early birthday!