Koji Traded to the Rangers 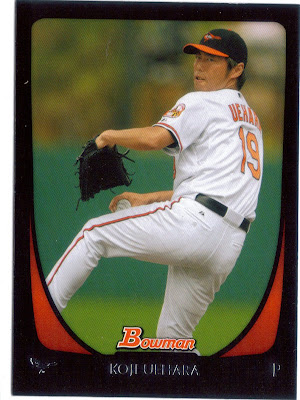 I just saw that Koji has been traded to the Texas Rangers for Chris Davis and Tommy Hunter. While I'm not surprised, I'm still sad. Koji was having a hell of a year and has been one of the few bright spots during a season of disappointment. Hunter is a pretty good pitcher and Davis looks like he could be the Orioles' first baseman of the future. He definitely is now their top 1B prospect, that's for sure. Looks like Brandon Snyder may either be on his way out, too, or may need to shift positions. That may be a little early, but the way it looks now is that Davis will be ahead of him in the pecking order.

Thanks! I got this breaking news first here. I really wanted Chris Davis to work out here in Texas. He pounds the ball in Triple-A, but he just can't do it at the major league level. At least not here. I like Tommy Hunter and I'm a little surprised they traded him, but I think the way Derek Holland has been pitching lately helped make up their minds on him.