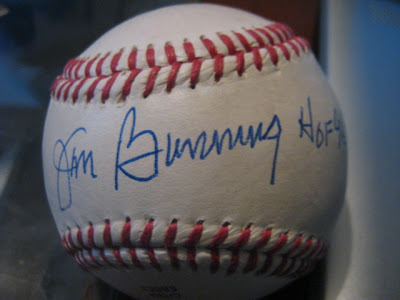 **CORRECTION - I just checked my delivery confirmation info; I sent the ball out on February 2, not February 8 like I has previously stated. It has been corrected.
Posted by William Regenthal at 5:27 PM

I've only got one signed ball, and it's signed by the entire 2009 Mississippi Braves team. (Braves-AA)

Nice pic up. I've got a ton of cubes if you need something to put the ball in.