See what I did there?

I got a nice package in the mail today from 'the brooklyn met' who has a blog over at: http://clearcutcards.blogspot.com/ who got a decent Met haul in return. I love Brady Anderson. He was a huge star for the Orioles when I was a teenager. He was a big part of the 1996 AL Wild Card team who ousted the Indians in the first round of the playoffs (only to lose to a 12-year old with a glove...). Effing lame. 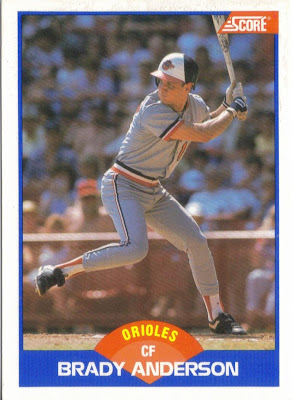 A very sharp looking 1989 Score. This is not Brady's RC though, he had a RC in the 1988 Score set. Still a really sweet card. I like how it pops via scan. 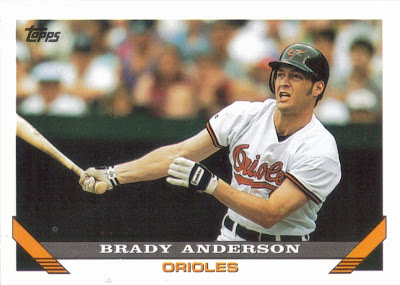 Here is Brady hitting a homer (hopefully) and probably saying BITCHES afterward. Like I said, Brady is the man. 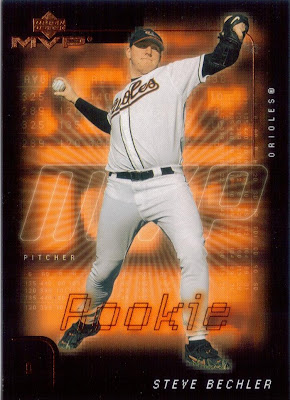 This card came with an assortment of other Orioles. Of course, the card is very nice looking, but one who follows the Orioles can't help but remember Steve Bechler and the cautionary tale he has become.
Bechler came to spring training in 2003 hoping to win a spot in the Orioles bullpen. He had desperately tried to shed pounds in order to get into a better playing shape. Bechler died of heat stroke at the very beginning of spring training that year. The coroner discovered that high levels of Ephedra contributed to his death. It was because of this that the supplement ephedra was pulled from shelves.
Posted by William Regenthal at 8:32 PM

Hey, glad that you liked the cards. I actually had not remembered that Bechler was the player who had died.

I get that Met pack yesterday, I was much more than decent, thanks so much! I'll probably write up a post in the next couple days on it.