On Friday, I picked my son Chris up from day care, took him to Great Clips so we both could get haircuts and then took him to the ECU game. The Pirates were playing Monmouth. The ECU stadium is reeeeally small. I was disappointed when we took our seats when I saw that we had to sit a good ways up in the bleachers. There was also a net that extended the whole way along all the seats (lame). 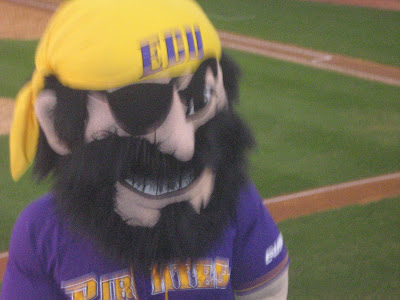 The Pirate came pretty close to us, Chris was scared at first, then after he went away, Chris was disappointed that he didn't get to 'shake his hand.' Haha. 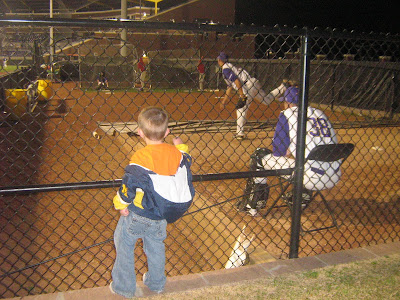 After being initially disappointed with our seats, we walked down and found out that we could stand directly behind the outfield wall (had I known this, we would have stayed there the whole game). The bullpen is located in this area as well, so Chris and I watched one of the pitchers warm up. The bullpen catcher ended up giving Chris a ball. 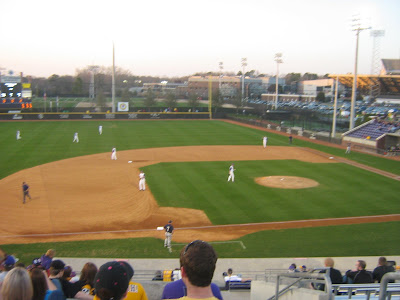 This is the view from our seats. I was disappointed that we couldn't sit down the line and have a better chance to catch foul balls. Right now, I'm torn between South Carolina's and NCSU's stadiums.
Posted by William Regenthal at 7:31 PM