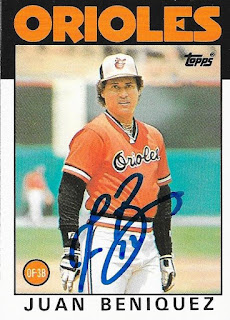 I entered another private signing on SCN, this time for former Oriole, Juan Beniquez.  I needed him on an 87 Topps, of course, but I also sent in this 1986 Topps Traded card.  I ended up with a bunch of 1986 Topps Traded, almost a full set, and figured I should add an Orioles card from there to my album. 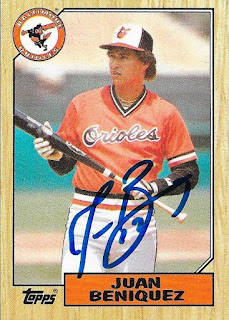 Here is the 1987 that I got signed.  It looks really nice, and I'm glad to cross it off of my list (which is now posted as a link on my Wishlist tab).