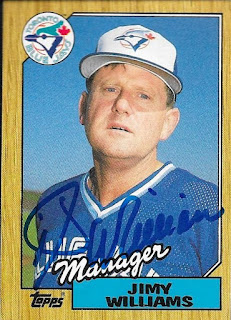 Another 1987 Topps for my set is off of the list because of this TTM success from Jimy Williams.  His signature is really nice, and the card turned out really well. 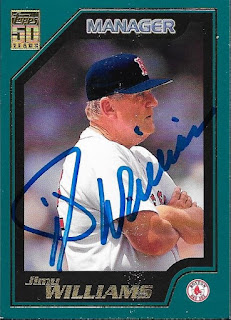 I also had his 2001 Topps, which also looked really nice, except for where you can tell that the card was stuck to other cards.  Such is the problem with the late 90s to early 00s cards.  I'm glad Topps got away from the super gloss.

I mailed to Williams on January 9 and got the cards back on January 17, for an 8-day TAT.
Posted by William Regenthal at 7:16 PM