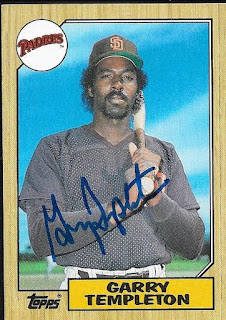 I used PastPros to knock another card off of my checklist (which is now posted as a link on my wishlist tab).  I had been wanting to send to Garry Templeton for a long time, and finally got around to it.  The card looks really nice.