Ethan With a Huge Addition For My Set 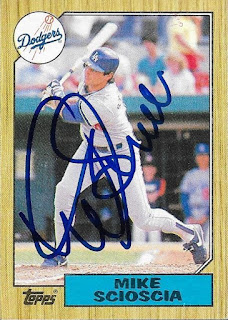 My friend, Ethan, promised me a while back that he would try to get me Mike Scioscia for my 1987 Topps set.  He ended up coming through, and the card finally arrived today.  I think this was one of my cards that I sent to him back during Spring Training, but I don't remember.

Thanks so much for getting this done for me, Ethan!
Posted by William Regenthal at 5:58 PM