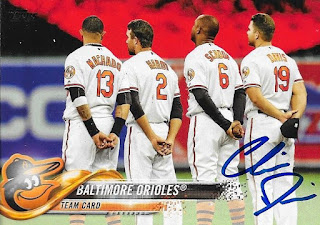 My friend, Dylan in Connecticut, offered to take some 50/50s last season and kind of forgot to mail my end back to me.  He thought he mailed the package, but it ended up under some stuff on his desk.  It happens to the best of us.  It worked to my benefit, though, because I had completely forgot that I sent him anything, and he sent back extras because he felt bad.  Thanks, Dylan!  The above Chris Davis signed Orioles team card was one of the extras. 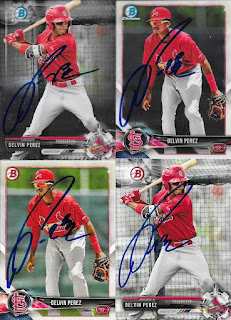 He took Delvin Perez for me, and I sent him every card that I could find.  They all turned out well, and I was glad to move something out of my box that I wouldn't have been able to get signed, myself. 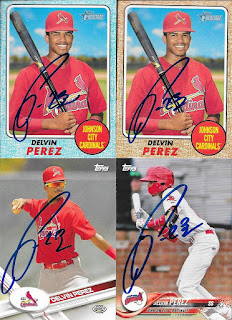 The blue 2017 Topps Heritage Minors was especially nice, I think. 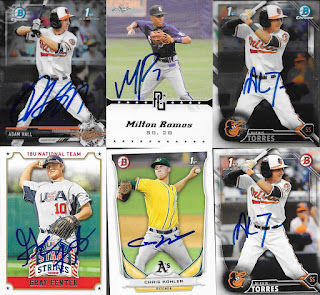 He also saw Aberdeen (I think) and got me some Orioles cards signed.  He also got Chris Kohler for me, although I don't remember which team he was on. 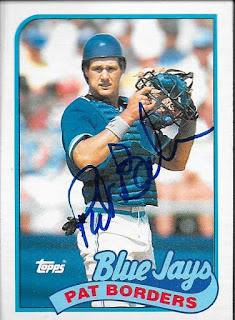 Finally, another of the extras was this 1989 Topps Pat Borders.  It looks like Pat gave Dylan a shaky auto, but I am still glad to be adding it to my album.