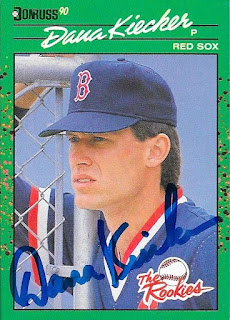 This was a pretty cool TTM success in that it finally got me a 1990 Donruss Rookies card in my album.  I always liked the different versions of this design, and had a base (red) and All Star (blue) in my album already.  When I saw Dana Kiecker in the set I had picked up from Goodwill, I thought it would be time to send to him and get one back. 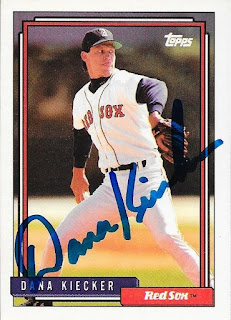