I opened my mailbox this afternoon to find another of my brown mailers inside.  The mailer contained a signed baseball from former Dodger, Carl Erskine.  What I wasn't expecting was the amount of inscriptions that he put on it.  Take a look: 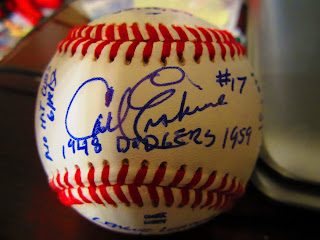 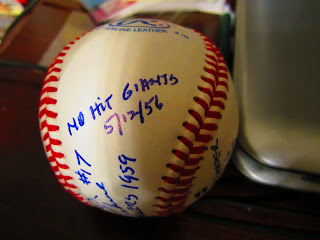 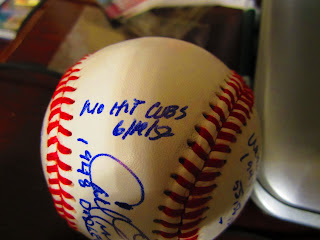 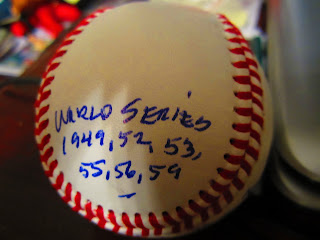 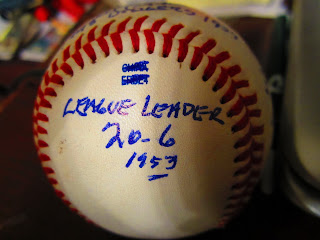 Erskine won 20 games once in his career, when he went 20-6 in 1953 (3 years before the Cy Young Award would debut).  That season, he finished 9th in the MVP voting in the NL (teammate Roy Campanella would win the 1953 NL MVP Award).

I wrote to Mr. Erskine on October 14 and got the signed ball back today, October 21, making him a 7-day TAT.  Pretty awesome.  Erskine is my 36th TTM success.
Posted by William Regenthal at 7:18 PM

That came out very nice. I don't think I've ever seen that much writing on a single-signed baseball before, though.

I meant to also say that if you look closely, he marked out where the ball had been made in China... I chuckled a bit when I saw it...

Erskine is THE MAN.

Dude, that looks incredible with all of the inscriptions on there! Definitely a nice treat to find laying in the mailbox!

One of the coolest signed modern-day balls I've seen. A true keepsake.