My boss is really cool. Knowing that I love the Orioles and baseball, when making out the schedule for this past week, he remarked that I would be out of town for a night (turned out to be 2 nights), but I would be at a site about 30 minutes from Norfolk, VA and that we had a direct bill hotel for use in Norfolk. He then says 'Dont the Orioles have a minor league team in Norfolk?' Why yes they do.... he knew that already. He then tells me to make sure I get my work done early enough to catch a game (which is cool for any boss to do). I got to the game 30 minutes late (my fault), but still had an amazing time. I usually reserve the autographed baseballs for our Memorabilia Museum, but I had to include them in this post because of how awesome my trip was... I have: Brandon Snyder, 2 Nolan Reimolds and 2 Jeff Salazars. The Snyder and 1 each of the Reimolds and Salazars go to Max. 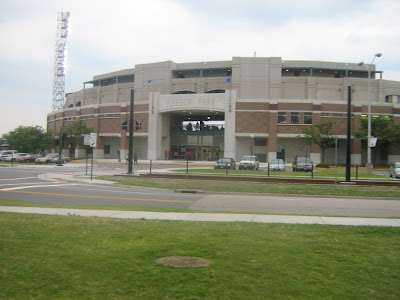 Here is a shot of Harbor Park, which is easily accessable in downtown Norfolk. It costs $5 to park and you can't bring in backpacks. I had to carry all my stuff in a Sheetz bag. 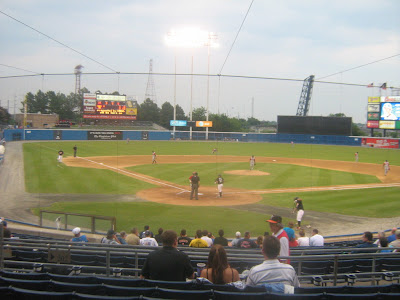 Here is the view from my seat. Like I said, I got to the park 30 minutes late and the two guys beside me were already trashed. They behaved, though... 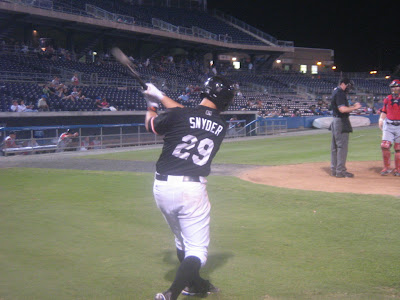 I walked down to the net and snapped a couple pictures. Here is a good one of Brandon Snyder. I stuck the lens of the camera through the net to get this one. 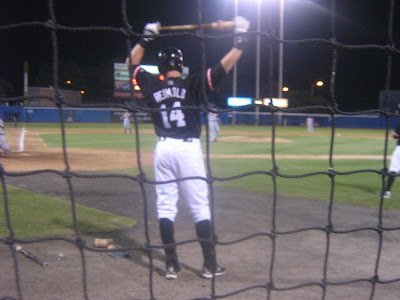 Here is the man I came to see, Nolan Reimold. I ended up meeting him, but I will post that separately. 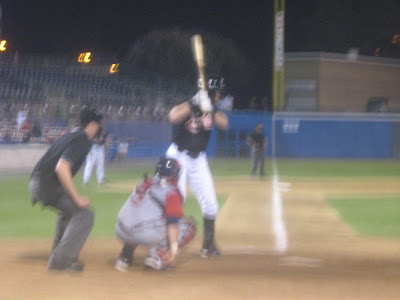 Here is Reimold batting. He is still mired in an awful slump, but he is still a really nice guy and I hope he gets back to the bigs sooner than later...
After the game, I was able to get the autographs in the parking lot beside the clubhouse door. I was amazed at how easy it was to get players in Norfolk. I think this park ranks #3 so far in my favorite minor league parks to go to. #1 being BB&T Park in Winston-Salem, #2 being historic Grainger Stadium in Kinston and #3 being Harbor Park.
Posted by William Regenthal at 9:37 PM