Usually it takes me 30 minutes to get to a Kinston game, but on Sunday, it took me almost 4 hours hahaa. That's because we decided we wanted to take in the new BB&T Ballpark in Winston-Salem, NC.

Max, Chris and I decided to go to Winston-Salem since no teams were playing close to Greenville or Raleigh, and since we hadn't been to the new field, we figured it was about time... 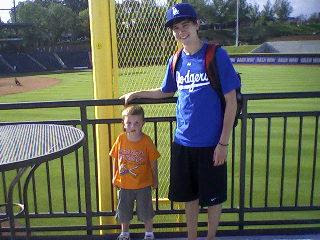 Here are Max and Chris after the game. We got baseballs signed by a good number of the Indians' players. Max and I had a really good time discussing the game and other general things that best friends talk about, lol. 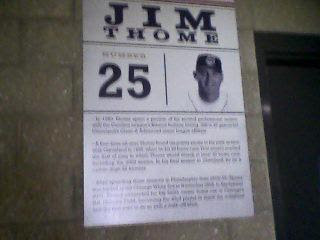 We couldn't resist getting up in the middle of the game and taking a stroll around the park. Oh man, is this place beautiful. I like how they have plaques up of some of the stars that have passed through the Carolina League like the above Jim Thome. 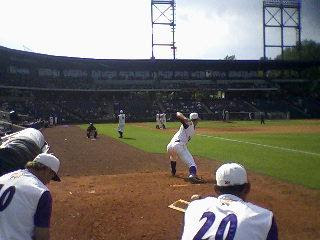 They have an area called The Blue Rhino Backyard where you can walk right up to a wall adjacent to the bullpen. We stood here until a foul ball almost wiped out some kids... we got our gloves out and went up a level. One of the pitchers (#20) handed Chris a ball that he would get signed later on. 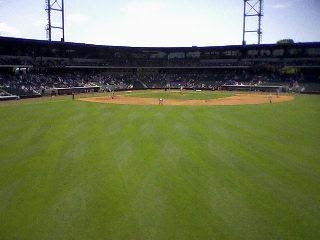 Here is a shot we took as we were coming into the stadium. There wasn't a bad seat in the house and everywhere you went, you couldn't miss the game.
Of all the ballparks I have been to, this one ranks right at the top. I mean, WOW. I can't wait to catch plenty more games in Winston-Salem.
It was also nice to see P.A. at the game doing some fellowship with a friend from his church. If you don't already, go give P.A.'s blog a read over at http://player2b.blogspot.com he's a good man who is always great to chat with about life and baseball.
Posted by William Regenthal at 11:10 PM