I was afforded a chance to go the the new Greensboro park to watch the Greensboro Grasshoppers take on the Delmarva Shorebirds (Orioles Low A team) on Friday, June 4, 2010. I met up with my good friend who knows a thing or two about baseball and we watched the Orioles 2009 1st round (5th overall) draft pick Matt Hobgood pitch. He kind of disappointed me a bit in that he struggled in his start (although he did go 7 innings) and seemed to be overweight. His fastball was ranging between 87-91 MPH and seemed to have trouble repeating his arm slot. 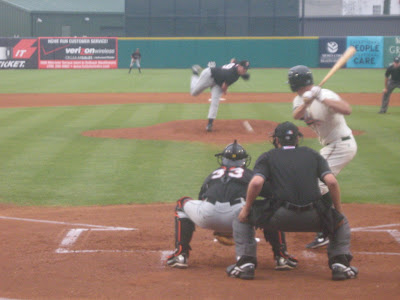 I met and spoke with Hobgood after the game and let me tell you, the kid is a real pleasure to talk to. He shook my hand twice and signed a ball for me. I was able to meet Hobgood after Steven Bumbry (son of Al Bumbry) let Hobgood know that I was interested in meeting and talking to him. Bumbry signed a ball for me also and was very nice to track Hobgood down for me. I won't forget that. 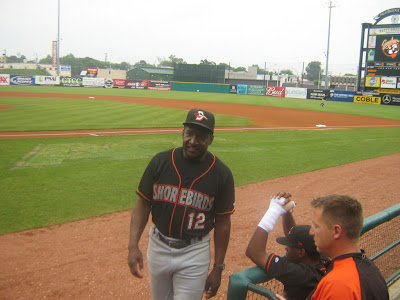 I also met and talked to Mike Devereaux, a former Oriole who I watched when I was a kid growing up as an Oriole fan. He was a good player in the early to mid 1990s. I'm glad he is back with the organization. He definitely seemed appreciative when I told him that I grew up watching him and appreciated the effort he gave on the field. He also signed a ball for me. 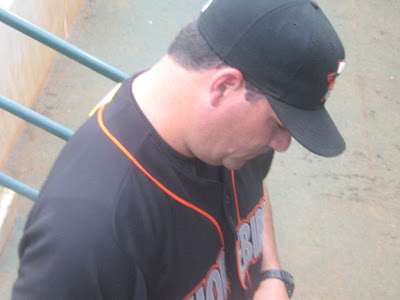 I got a cool autograph from former Oriole Ryan Minor. He is significant in that he played in place of Cal Ripken the day The Streak ended. With me being a huge Cal fan, this ball is going to hold special significance to me. Also, because I thought it was a good conversation piece, I got him to sign a ball for Max as well. 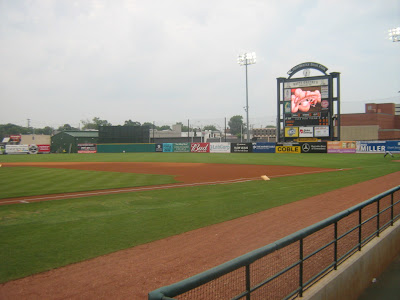 Here is a look at the Greensboro field. I really liked it there. I liked that instead of bat boys, they have bat dogs (dogs trained to retrieve the bats). That was really cool to see. The park was easily accessible and I plan on going to several more games there in the future.
Posted by William Regenthal at 11:17 PM