So, I spent today adding more cards to my Zistle account. I knocked off most of my Cals the other day, so i figured I'd move on to Brian Roberts. I found that it was more difficult than I first imagined. A good many of his cards weren't even listed yet, and there were some already on there that didn't have any pictures. So, I scanned 93 different Brian Roberts cards and updated Zistle's library as best I could. here are some highlights of what I scanned and listed. 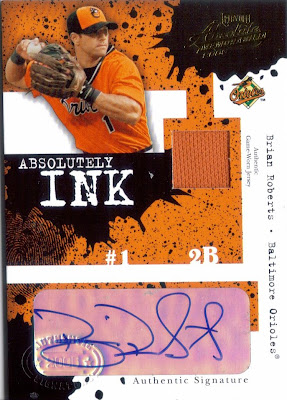 I think this 2005 Playoff Absolute Memorabilia Absolutely Ink is a damn good looking card. Don't you agree? I know I bought it off ebay cheap a while back... It hase been maybe 3 years or so, so I don't remember much. 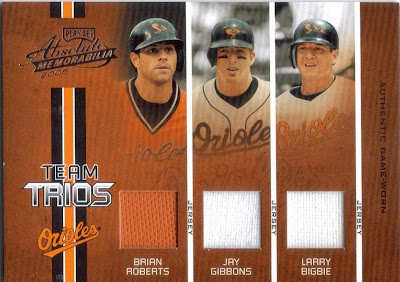 Now, this above card could definitely pass as the O's Mitchell Report card. With Roberts, Larry Bigbie and Jay Gibbons. My opinion of Roberts didn't change at all when he admitted to using steroids once in 2003. I never cared for Gibbons because he was always hurt. Now, Bigbie, well, I hate that he was blackballed and forced to play in Japan to keep his career going. He had a lot of talent. I went to 2 games in 2005 and he hit homers in each game, but he, too, was injured a bunch, and when he was traded, I was a little sad. 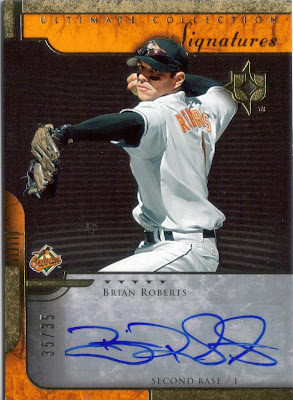 This Upper Deck Ultimate Signatures Roberts is just one GOOD LOOKING card. I really like this and forgot I had it. Isn't that sad? 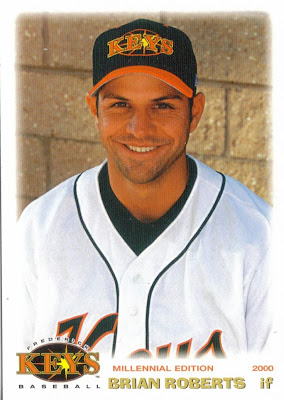 Ahhh, a 2000 Frederick keys Brian Roberts minor league card. Got this really cheap off ebay too. I like it since I get to watch the Keys a lot when they come and play Kinston, or if Im back in Winston and see them there. 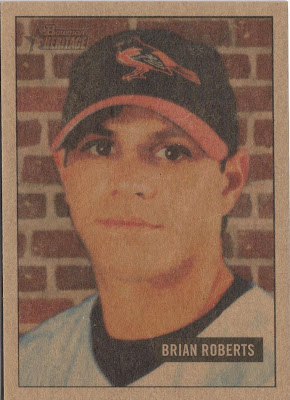 A very nice 2005 Bowman Heritage Mahogany. I like the feel of these cards. I'm not one who enjoys the super glossy cards (another blog for another day). I really like the rough cardboard of yesteryear and this card really captures it.
All in all, I spent almost my entire day listing cards on Zistle. Check my collection out, especially you O's fans. Let me know what you think!
Posted by William Regenthal at 11:08 PM

does your triple sig card count as a Ripken, Roberts, or Robinson?

Haha. It counts as one toward each player. One of these days Im going to sit down and run some statistics... total cards for each, relics, autos, rcs you know, that kind of stuff...

Thanks for adding the cards to Zistle. As a member that community, I appreciate it.