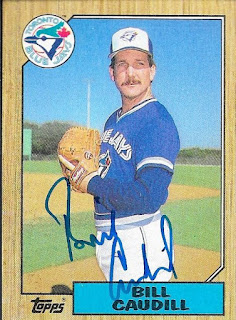 Bil Caudill is apparently pretty tough to get an autograph of, so I made sure to take care of my 1987 Topps via a recent private signing on SCN.  The card turned out really well, and now I don't have to worry about him.