May 2019 Graphing of the Greensboro Grasshoppers at Hickory Crawdads 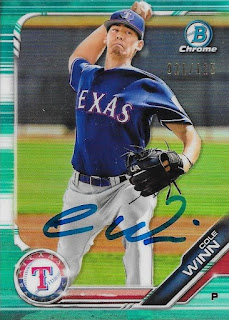 I had to go to my sister's baby shower a couple weeks ago, so I decided to take the weekend and see a few games on the road.  I was surprised when my good friends Josh and Braden met up with Chris and I and caught a Hickory Crawdads game with us.

I didn't want to chip too much away from my future Wood Ducks cards, but I did dip into them and have a bunch of the Hickory players sign.  This was my first time graphing cards in Hickory, and I came away from it very happy with the results. 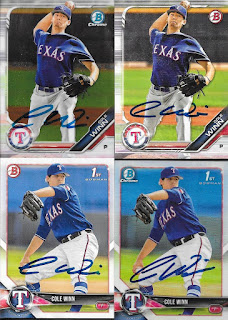 I took some graphing tips from my good friend, Dugan, and was able to knock out a bunch of cards.  It was tough getting the Greensboro guys, but in the end, I did alright. 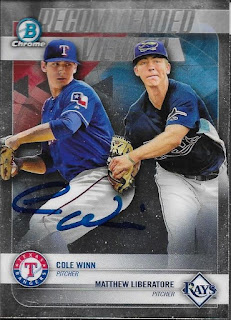 Cole Winn was really nice, and signed everything we had.  I added a couple cards to the books that had come from Rocco for a 50/50 because he mistakenly thought Winn was with the Wood Ducks.  I was glad to be able to at least get something done for him, since he has helped me so much with my 87 set. 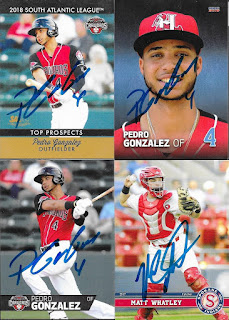 I got a lot of Crawdads set cards done.  I have been hoarding some of them in hopes of the players making it up to the Wood Ducks, but I have learned very quickly that not too many of them make it this far, so I was glad to get some signed.

I had heard that Jonathan Ornelas would be tough, but he signed everything that we had. 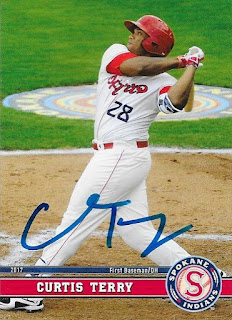 I also took care of some Spokane team set cards, which was nice. 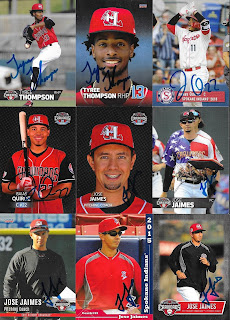 Both teams come out one spot, so I was able to get a bunch of stuff signed.  I was especially happy to get some Jose Jaimes cards signed, since he is in all of the Hickory sets that I had. 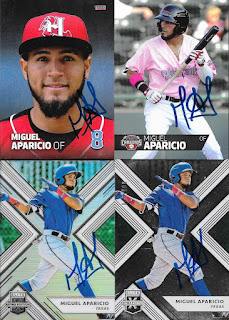 I think my Elite Extra Edition cards of Aparicio turned out really well.

All of these horizontal cards from my Spokane team set really look nice, as well! 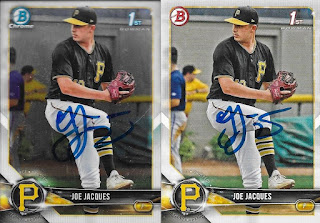 Joe Jacques was the only Grasshopper that we were able to get.  Lolo Sanchez and Grant Koch didn't stop for us. 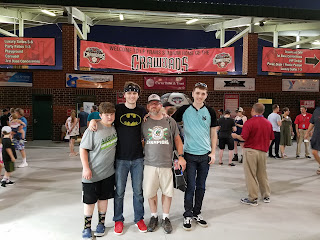 It was really nice to be able to graph with Josh and Braden, again!  They ended up hanging out with us for the night, and they had a really good time.
Posted by William Regenthal at 5:06 PM