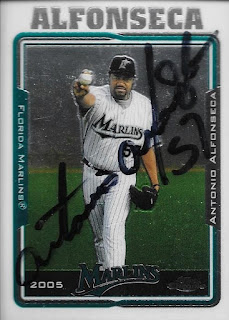 Adding cards from the 2000s to my autograph album might be the toughest task there is, especially via TTM.  It just feels like there aren't as many players from that decade who sign regularly, but I could be wrong.  I was able to get Antonio Alfonseca on a few cards, most notably on this 2005 Topps Chrome.  Even though the Sharpie he used wasn't the best, the card turned out well. 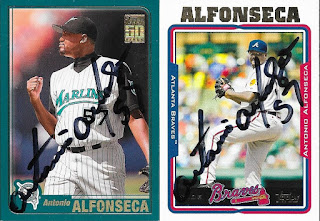 Alfonseca won the World Series with the Marlins in 1997.