Vintage Finds From the LCS 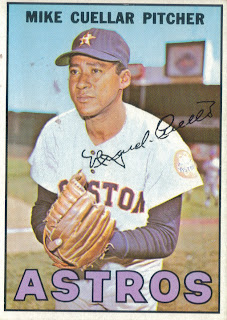 Chris and I went to the Local Card Shop yesterday to pick up a few supplies and discovered that the proprietor had a box of vintage cards that I have not gone through before.  In the box were some 1969 and 1971 Topps that I needed for my sets as well as a few other cards that I picked up for trades and for myself.  Some of the cards were in mint condition while others were probably VG-EX.  I had to have the above Mike Cuellar for my Cuellar PC.  It is a 1967 Topps, showing Cuellar with the Astros, just before he was traded to the Orioles and became a superstar. 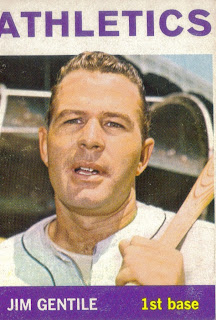 Here is a 1964 Topps Jim Gentile that I picked up.  I grabbed all of the '64s that were in the box because I knew Wendell would give me a good price on the stack of cards (and I was right).