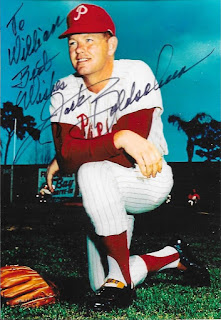 I like it when I send a card to someone TTM, and the person adds their own personal stuff, like what happened with Jack Baldschun.  He included this nice signed photo, along with my card. 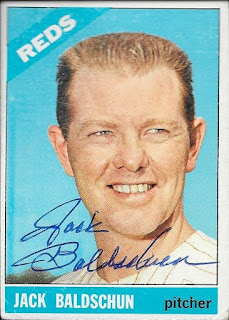 I sent this 1966 Topps, and it turned out really well.  It was just hanging out in my vintage box, so now, it has moved to the autograph album.

I mailed to Baldschun on September 13 and got the card and photo back signed on January 17, for a 126-day TAT.
Posted by William Regenthal at 5:20 PM