So, What is a High Number? 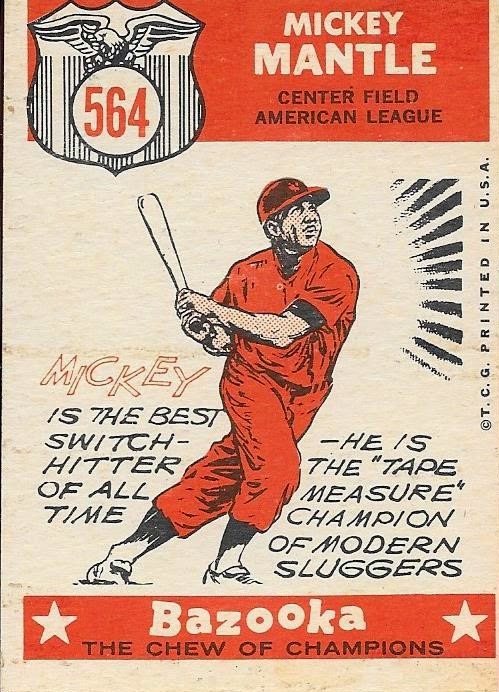 I have been asked numerous times  about what it means when someone refers to a "high number" when building vintage sets.

High numbers refer to those cards from vintage sets that were issued by Topps prior to 1974 that are toward the end of the set.  When Topps used to issue card sets, they would issue them in several different series throughout the season.  By the time the later series would come out, they would be issued toward the end of the year when other teams had been eliminated and only a select few were still in contention.  This would cause kids' interest in collecting the cards to wane and not as many packs of cards would be sold.  Not wanting to be stuck with all of the unsold inventory, Topps would gather up the unsold boxes and packs of cards and they would destroy them.

Many folks are familiar with the fact that Topps dumped a bunch of 1952 Topps cards in the Hudson River.  This is one of the many reasons why the 1952 Mantle is so expensive.  It can be chalked up to simple supply and demand.  The card is really sought after and due to the limited supply, the value of the card has gone through the roof.

This high number issue affects all set builders who enjoy vintage sets.  The problem stops following the 1973 Topps set because, in 1974, Topps only issued the cards in two series, and some times, one series (like 1988 or 1989 Topps).

Hopefully, this helps explain, somewhat, about the high numbers.  You can tell which cards are the high numbers in a set by checking a beckett checklist, or checking online on cardboardconnection.com.

****By the way, today marks the 6th anniversary of my blog. if you want a fun read, travel back in time by clicking this link and read my first entry.
Posted by William Regenthal at 8:05 PM