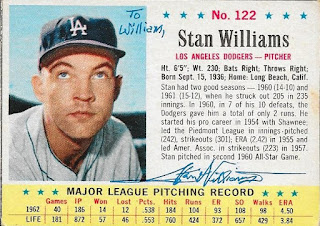 I added some cool vintage cards to my autograph album with this TTM success from Stan Williams.  The above card is a 1963 Post.  I don't remember where I found the card, but I imagine it was at a card show. 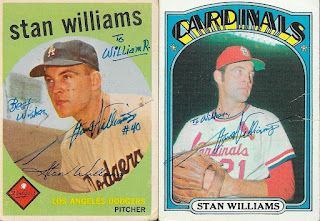 Williams has some really neat handwriting.  I thought the cards looked really nice with his signature.

I mailed to Williams on March 18 and got the cards back on March 25, for a 7-day TAT.
Posted by William Regenthal at 6:04 PM